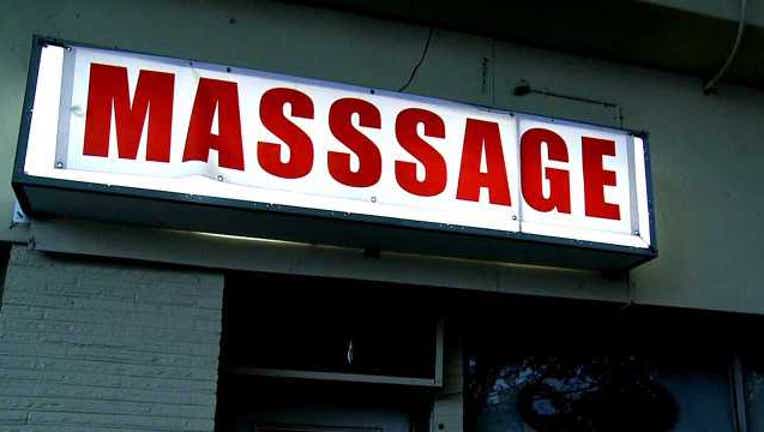 SEATTLE -- This week, Seattle lawyer and accused rapist, Danford Grant agreed to provide a DNA sample to investigators. It’s the latest in a case where Grant’s accused of attacking and raping four massage therapists since August. This puts the dark side of the massage business in the spotlight, revealing with what some professional massage therapists have to deal with. “I started getting several phone calls from men soliciting me for sexual massage. It started off gradual, but by the end of June, I was getting 10 to 15 calls a week.” A disturbing reality from a massage therapist we’re calling “Jane.” She asked us to protect her identity because she’s come face to face with men looking for more than a massage. “Unfortunately, two of them slipped by my rigorous screening process and they were on my table. About 40 minutes into my massage, they propositioned me for sex.” It isn’t all that uncommon, according to Lavan Watson, a former police officer turned massage therapist. He says even he has run into this issue. “I went in to get a massage and was offered a sexual service at that business.” Watson says most of it has to do with location. "Often times, as in this case, it’s a questionable business, not even an illegal business, opens up nearby, you get a halo effect where those customers see surrounding businesses and then go to those as well hoping to get sexual services." “It’s scary. When it happened the first time I was in shock and then fear,” "Jane" said. “So, after I stepped out of the room, I started putting a plan together on how I’d protect myself, and all I had was a fire extinguisher and a pair of scissors.” So how can massage therapists protect themselves from unwanted business? Ret. Det. Myrle Carner with Crime Stoppers has some suggestions. “One of the things, when you go to apply for work, you should always think about applying for work at a place that has more than just you as a massage therapist." He also says that keeping a cell phone handy to call 911 is a must. He says it’s part of taking precautions in advance. “Think about some sort of emergency button  that’s installed inside the area where you work. You can push it and could notify either other employees or activate an audible alarm outside the business,” Carner explains. But perhaps the best protection is the bigger issue. Watson says Washington needs better laws surrounding getting a business license. “Some cities, like the city of Redmond for instance where I am, when you apply for a business license, they insist on seeing a copy of your massage license.  Many cities don’t even ask for that. They simply will issue a business license for massage practice not knowing whether you’re licensed or not.” That keeps the door wide open for illegal activity. As for consumers protecting themselves from more than a massage, Watson says a little research can go a long way. “The law basically said that you have to have your massage license number on display in any advertising; cards brochures those kinds of things.” So check the license before you make an appointment.