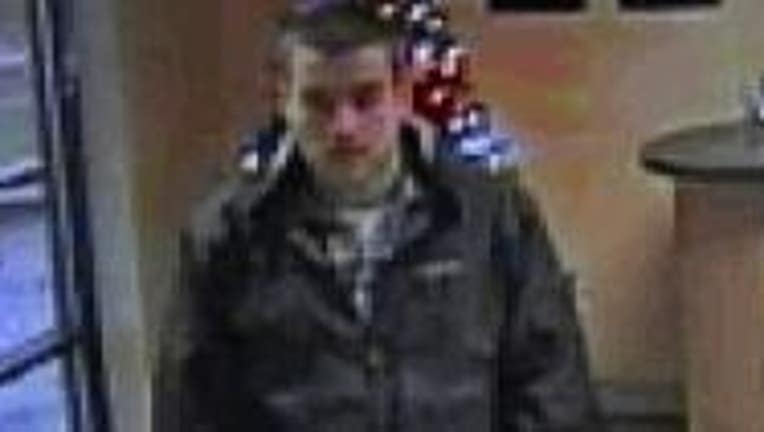 WANTED IN LYNNWOOD -- Lynnwood Police are investigating two recent bank robberies that occurred in Lynnwood. Police would also like to identify a suspicious person and make contact with him. Please see the following incidents from the most recent: 1.     Chase Bank Robbery on Saturday, Jan. 5: 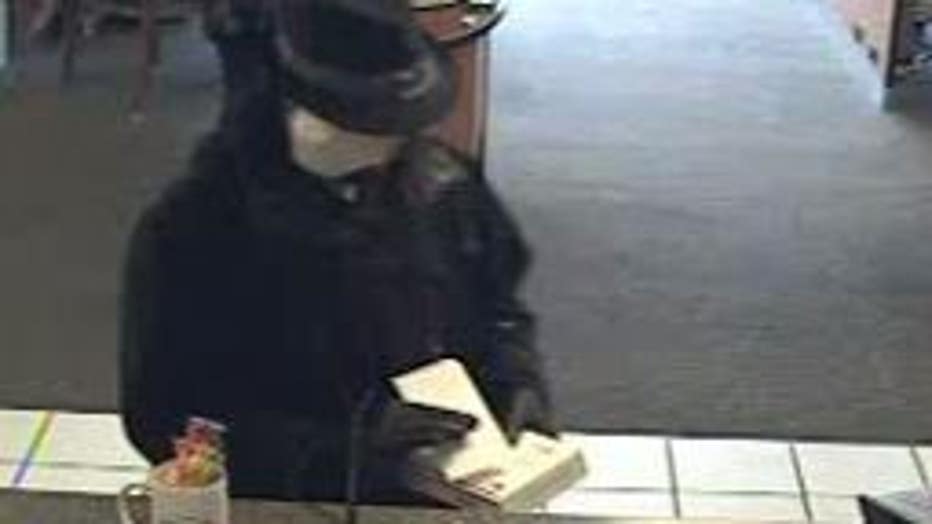 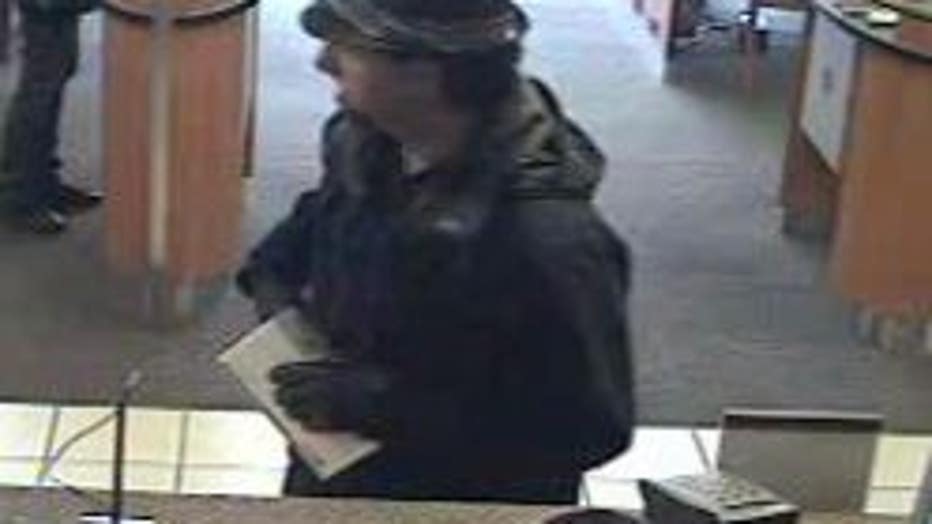 A man entered the Chase Bank at 4001 Alderwood Mall Boulevard in Lynnwood just after 11:30 a.m. on Saturday, Jan. 5. The man passed a note to the teller implying he had a weapon. The man then fled the bank on foot with an undisclosed amount of money. There were a few customers in the bank at the time of the robbery and no one was injured. This Chase Bank suspect is described as being a white male in his late 20s. He is about 6’ tall, medium build. He had black hair and was wearing black shirt and jacket along with a fedora-style hat. His face was partially covered as he came into the bank. (See attached still photos) 2.     Prime Pacific Bank Robbery on Friday, Dec. 21: 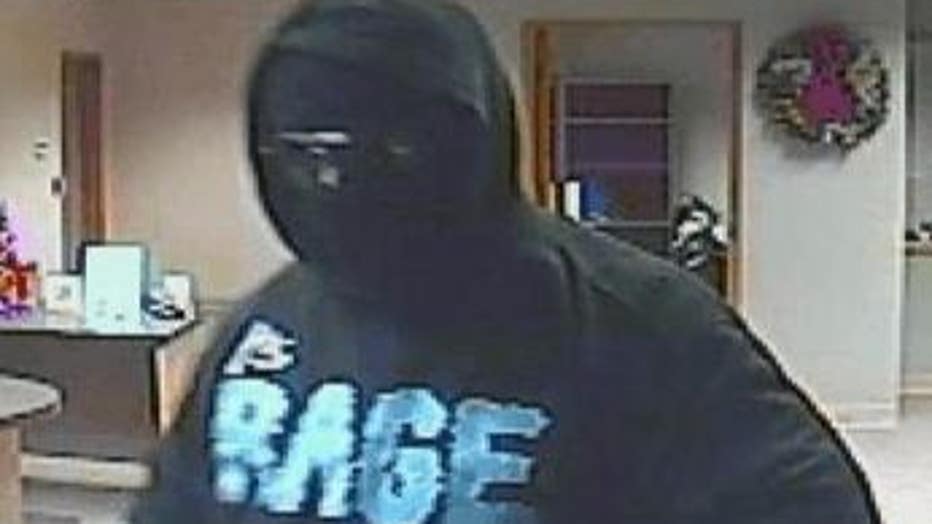 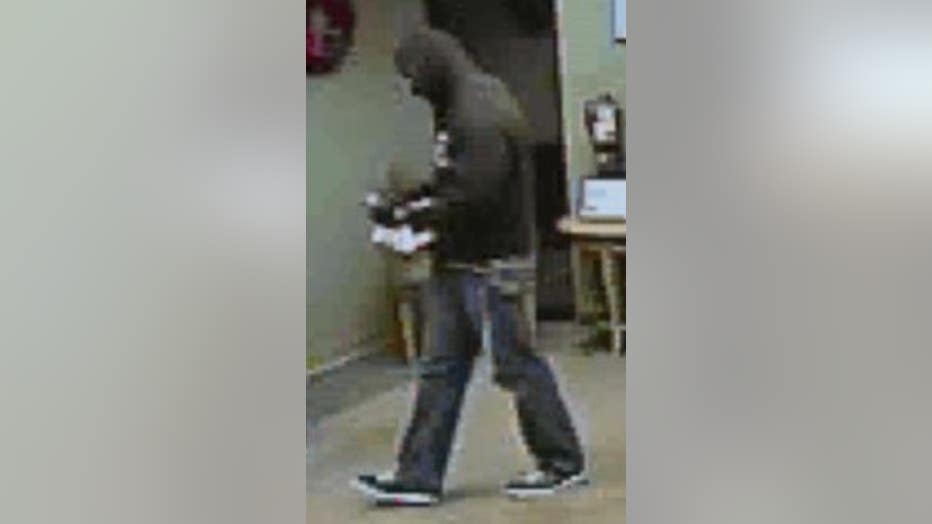 A man armed with a “stun gun” entered the Prime Pacific Bank at 2502 196th St. SW. in Lynnwood just before 6 p.m. on Friday, Dec. 21. The man passed a note to the teller and then fled on foot with an undisclosed amount of money. No one was injured. This Prime Pacific Bank suspect is described as being a white male in his 20s. He is about 5’ 10” to 6’ tall with a medium build. He was wearing a dark hoody with the word “RAGE” printed largely on the front. He also wore a ski mask, sunglasses, black gloves, blue jeans and tennis shoes. (See attached still photos) 3.     Prime Pacific Bank Suspicious Person on Wednesday, Dec. 19: 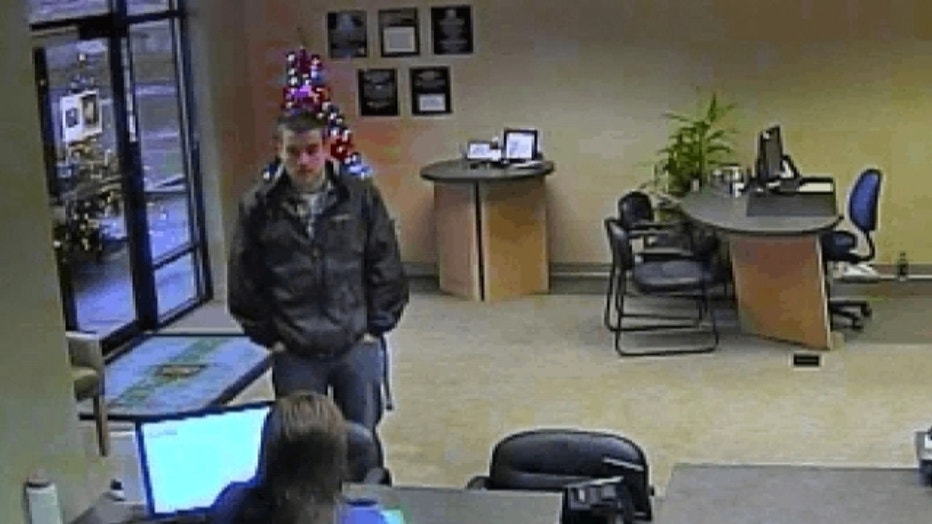 Lynnwood Police Detectives would like to talk to a man who walked into the Prime Pacific Bank at 2502 196th St. SW in Lynnwood just after 2 p.m. on Wednesday, Dec. 19 asking about his sunglasses. This man is described as being a white male in his 20s. He is about 5’ 10” to 6’ tall with a medium build. He was wearing a Helly Hansen black or dark grey coat and driving an older blue Toyota Corolla 4-door car. (See attached still photos) Lynnwood Police are working closely with the FBI and other agencies to see if these robberies are connected with any other recent bank robberies in the Puget Sound area. Anyone with any information regarding these cases should call an anonymous tip into: CRIME STOPPERS: 1-800-222-TIPS You must call the Crime Stoppers hotline with your tip to be eligible to receive a cash reward for information leading to a fugitive’s arrest. CLICK HERE for information on how to TEXT A TIP to Crime Stoppers