WANTED IN SEATTLE -- "Armed and dangerous" -- that's the first thing Seattle police want you to know about this wanted gang member. His name is Lyndell Ruffin, AKA "lil e-trey",  and police say the last time cops slapped cuffs on him, he had a loaded gun tucked in his waistband. He bailed out of jail on that case and never showed up to court, so now he's a wanted man. Detectives say his criminal ways haven't stopped -- he has been accused of two violent domestic violence assaults since bailing out. "Well, this guy, he's been around," said retired police detective Myrle Carner of Crime Stoppers of Puget Sound. "I mean, I look at his criminal history: 11 physical arrests. That means where the officer actually had to handcuff him and take him away. That's a lot. Assaults, harassment, violating protection orders, misdemeanors, assaults -- on and on it just goes. This guy's a dangerous guy, so we gotta get him off the streets. Not only to protect the people that are on the street, but he's probably going to use a firearm in another type of case, and somebody could die from that." Lil e-trey is linked with a neck tattoo seen in the photo. Detectives say the south Seattle/Renton area is where he hangs out. Do, if you can help Seattle police find Lyndell Ruffin, call an anonymous tip into: CRIME STOPPERS: 1-800-222-TIPS You must call the Crime Stoppers hotline with your tip to be eligible to receive a cash reward for information leading to a fugitive’s arrest. CLICK HERE for information on how to TEXT A TIP to Crime Stoppers 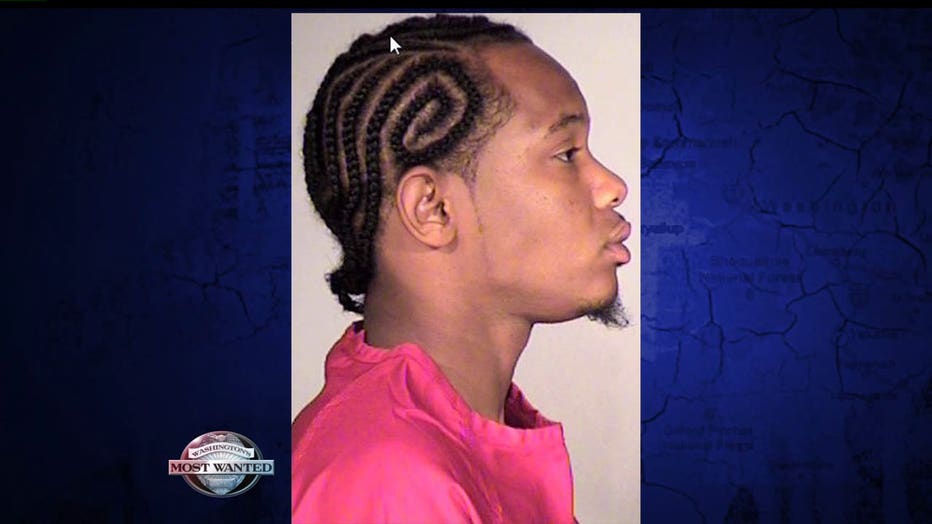