REDMOND, Wash. - Redmond police are using Yoda ,and excitement about "Star Wars: The Force Awakens"  to encourage people to stop car prowls and property crime. The new Star Wars themed video is a take-off on the trailer for the new movie opening on Dec. 18. There are cameos with the BB-8 droid as it interacts with Redmond Police officers. "Those ARE the car prowlers we're looking for," said one officer in the best line of the parody. It's a clear reference to Ben Obi-Wan Kenobi's use of the Jedi mind trick to distract 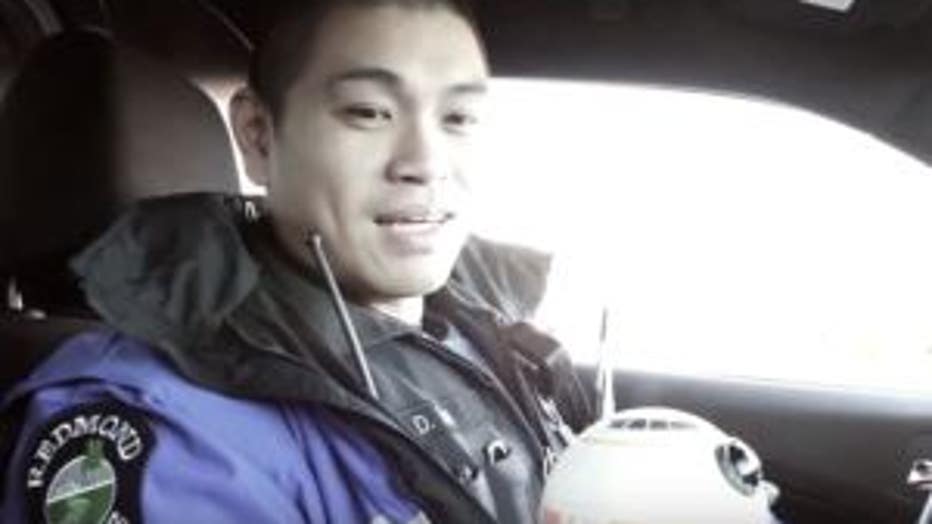 Stormtroopers in 'Star Wars: Episode IV - A New Hope'." Over the holidays, Redmond PD typically sees an increase in car prowls and property crime. Their data show that almost 50 percent of cars prowled in Redmond are unlocked. "In the Star Wars universe, anyone with passion, creativity - and a little help from the force - can make a difference. We think the same applies to our Redmond residents. We're asking them to take some very specific steps to help us defeat the 'dark side' of theft," said the department. The video is the first in a month long crime-fighting campaign using bulletins for villains, reminders from wise Jedi masters and amazing light saber battle scenes along with tips to prevent car prowls. "Removing valuables, locking cars and reporting suspicious behavior to 911 are key calls-to-action," said Redmond Police.