Officers like Snohomish Police Chief John Flood and Commander Ron Harding with Redmond Police who you see pictured with me studied everything from budgeting to leadership to statistical analysis to organizational behavior. I was honored to serve as keynote speaker and talked primarily about the impact of social media on law enforcement and how it affects the workflow of our newsroom. 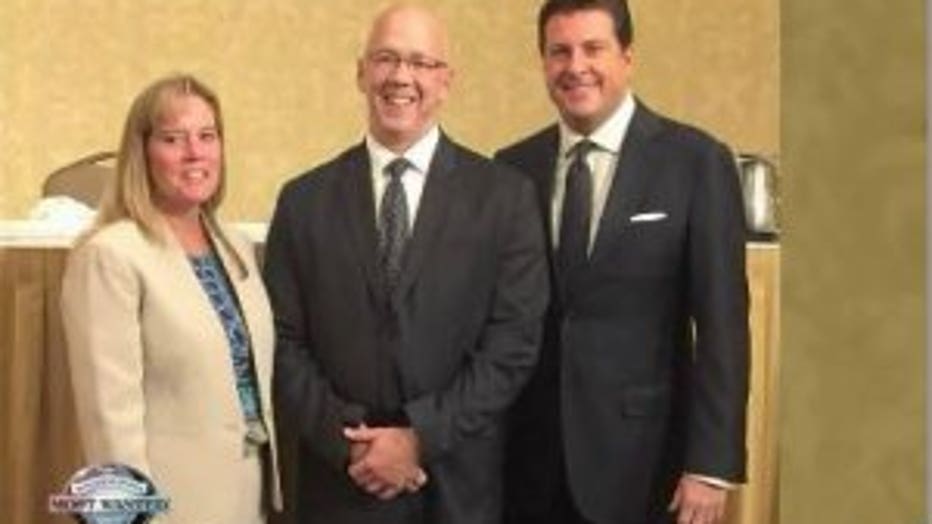 
During the luncheon, the class presented a $5,000 check to a woman who has three children with heart defects. “Anyone who gets into law enforcement, it's because they have a call to serve others. As managers, it’s important to serve others and demonstrate our desire to serve to the people we're leading,” said Burien PD Captain Bryan Howard with the King County Sheriff’s Office who served as class president. Each graduate says they will now take what they’ve learned and apply it to improve their own organizations.