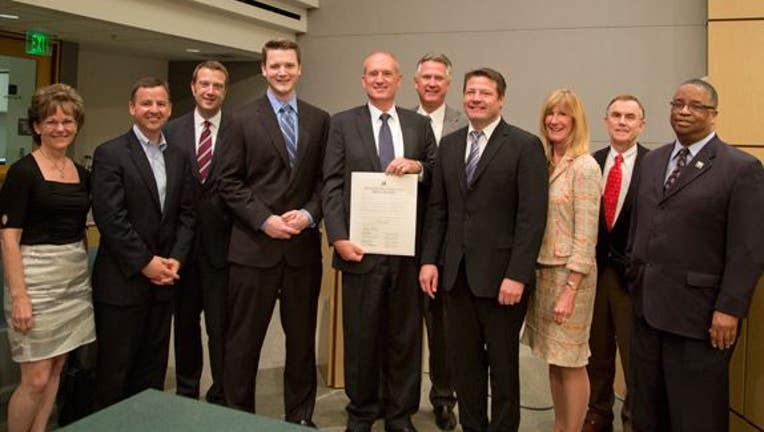 KING COUNTY -- King County Council Member Reagan Dunn says Monday at the King County Council along with Sheriff Urquhart, they joined municipalities across the country in proclaiming May 12–18 National Police Week in recognition of the men and women of law enforcement who have fallen in the line of duty. As part of the yearly celebration of Police Week, the names of officers lost in the line of duty are added to the National Law Enforcement Officers Memorial in Washington, D.C. King County is home to nearly 3,100 commissioned law enforcement personnel who serve and protect the residents and businesses of 39 cities, the Port of Seattle, three Tribal governments, the University of Washington and the 250,000 residents of unincorporated King County. In 1853, Deputy Wesley Cherry was the first recorded law enforcement death in King County. A total of 95 King County based law enforcement have made the ultimate sacrifice, with 16 of these officers being members of the King County Sheriff's Office. In 2013, the Metropolitan King County Council unanimously passed legislation to study the creation of a King County Sheriff's Office memorial to honor these fallen heroes. The memorial is now in the planning stages and a design is being chosen for eventual installation in the King County Courthouse. Police Week is a time to remember all the work these dedicated officers do to keep our communities safe and to never forget those that tragically lost their lives in the defense of others.