He’s accused of attacking his girlfriend and threatening her with a gun.

He's wanted in Pierce County for Domestic Violence Assault and for violating his federal probation.

Ellis has been convicted of an armed robbery of a post office and another crime involving a machine gun.

In the most recent case, detectives say he attacked and choked his girlfriend, smashed out the windows of her car and a week before that -- pointed a gun in her face.

“The scary part is he knows we're looking for him and he's also been convicted of armed robberies and many other crimes, so this is somebody we're considering dangerous and violent. If anybody sees him, call 911, let the police do their job. We really don't want you to approach him. Federal Marshals are looking for him, as well. We'll be able to pick him up, but we're going to need your help," said Pierce County Sheriff’s Det. Ed Troyer.

Ellis is 28 years old, 6’2”, weighs 190 pounds and you can see below that he has a bunch of tattoos on his throat and chest.

If you know where he's hiding, use the P3 Tips App on your smart phone that you can download for free to submit the information to Crime Stoppers, or call the hot line at 1-800-222-TIPS(8477). 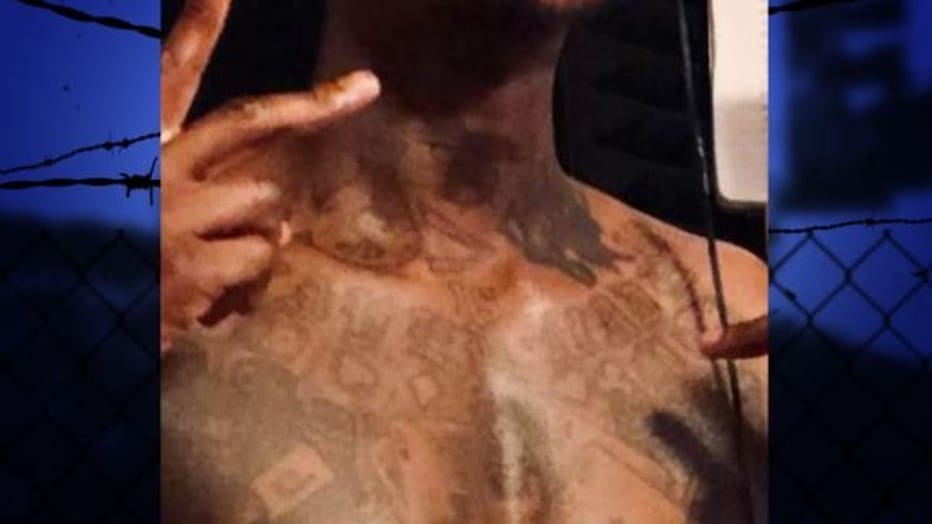