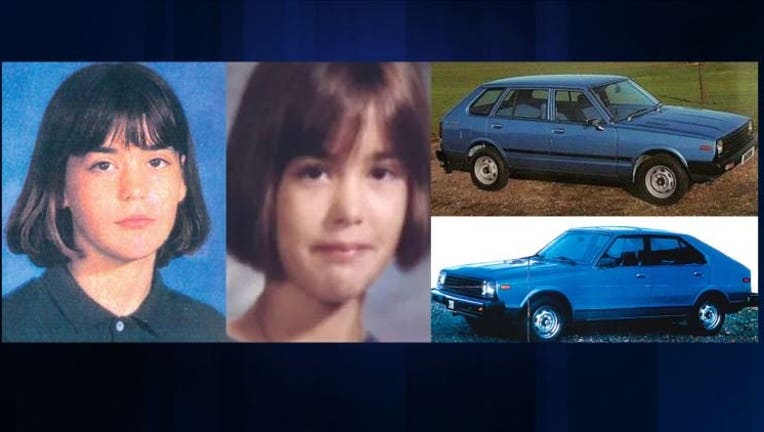 KENT -- It's been almost 20 years since a father witnessed the death of his teenage daughter.

Decades later, he's still pleading for help to find the hit and run driver who killed her.

Now, Washington State Patrol detectives say they've located the suspect's vehicle and are hoping you know who was behind the wheel.

It was the day before Mother's Day in 1999, when Lance Bedingfield and his 14 year old daughter, Jennifer, rode their bikes to buy a card for her mom. “She was on my right-hand side when we looked both ways and it was getting dusk and we didn’t see any headlights so we decided, well I decided to cross the street,” Bedingfield recalls.


At approximately 9:30pm, they were crossing state route 515 at SE 224th St. in Kent when she was hit by an early 1980's blue Datsun 310, like the one below. A witness says the vehicle driving erratically. “They saw the driver leaning over reaching around inside the car, then they saw him sit up and just take off at a high rate of speed and that witness said the car was a little bit out of control, not necessarily leaving its lane but weaving back and forth.”

Bedingfield remembers, “There was really no time to act or respond. The car swerved back out into the street and swerved back in and then hit my daughter."

Jennifer died a few moments later. The driver never got out of his car. "It stopped a few feet from where she was hit, stopped and as I was holding Jennifer, I looked up, I seen the car, and then it just took off. Her last words to me was ‘dad,’” Bedingfield said.

Broken car parts left behind identified the vehicle as a blue 1980-1982 Datsun 310. "We have actually recovered the vehicle out near Enumclaw," said  Ret. Det. Myrle Carner with Crime Stoppers of Puget Sound.

What detectives don't know is who was behind the wheel. "In this case we're only really about one piece apart from solving this. We just need to know who the driver was," said Ret. Det.  Carner.

Jennifer’s father and the state patrol are hoping that someone will come forward with what they know. “I just know there’s somebody out there that knows something," says Det. Sgt. Moate. "The person that was driving knows something and if they talked or told anybody or somebody saw their friend or family member behaving oddly around Mother’s Day 1999 or they had a car that matched this description that they never saw again, we just ask that they come forward and let us at least look into it." And, help a grieving father get the answers he so desperately needs. “There’s not a day that goes by that I don’t relive that moment. It’s like a bad movie that just plays over," Jennifer's dad said.

If you know anything about the driver who killed Jennifer, use the P3 Tips App on your smart phone to submit the information, or call the hot line at 1-800-222-TIPS(8477). It's anonymous and you'll get a $1,000 cash reward if your information helps lead to an arrest in the case. 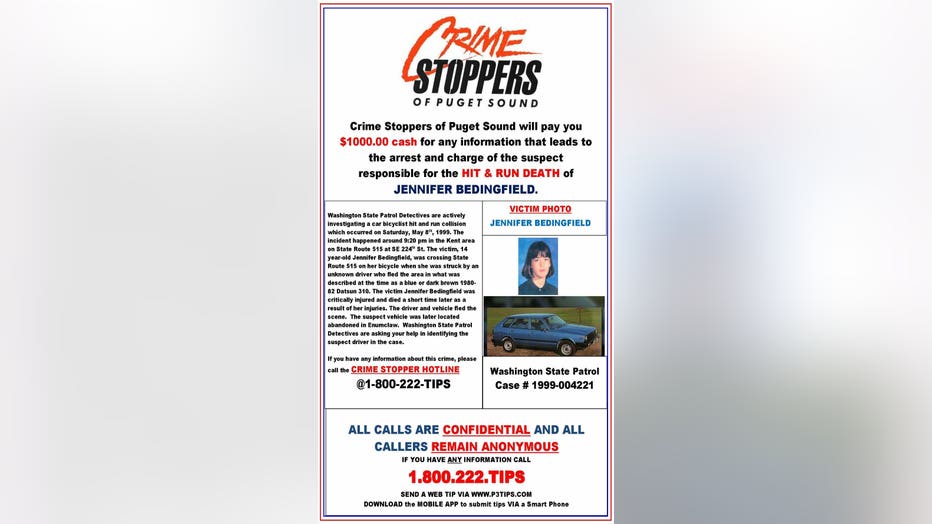