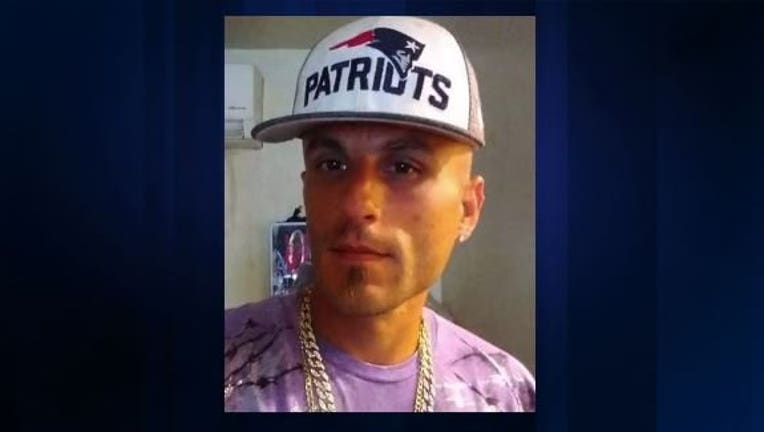 YAKIMA -- A memorial along a desolate street in Yakima marks the site  where a father was gunned-down while driving with his wife.

Yakima Police detectives do not believe it was a random shooting, so the questions they are trying to answer is, why someone would kill 39-year-old Danny Branscomb and who is responsible?

Detectives say Danny was shot in the head on May 12th by someone in a passing vehicle near the corner of 6th Ave. and Gordon Rd.

He was rushed to the hospital, where he later died.

Danny leaves behind four children and a heartbroken brother who says Danny's life was taken right as it was straightening-out. "It really hurt me, you know. I see my brother, like two days prior before his passing and he was ready to leave for treatment and he had let me know, 'Hey, bro! You know, I love you!’ He was on the right path, like he was focused, he was ready. He knew what paths he was ready to take, he was focused. He knew that after treatment, he had his plan set. He was getting his boys. They were getting ready to move. He had this fabulous life plan and it's just, it's bad for those boys that didn't get a chance to truly live that that new life with their dad, that their dad had planned out for them,” said Danny’s brother, Michael Branscomb.

Danny's family says the past he was leaving behind did involve gangs. Yakima Police say he may have been targeted because of those ties, but nobody should assume it was connected, they just can't be sure without someone coming forward with more information.

"We're open to several different possibilities based on some of the past lifestyle choices that Daniel had made,” said Yakima Police Det. Drew Shaw. “However, we're not absolute on any one theory, so we are still investigating the possibility of either maybe a road rage, or gang related, or anything like that.”

Detectives say there were at least two or more people inside the gray or tan four-door sedan that Danny was shot from. The suspects are described as younger Hispanic males with one passenger possibly having longer, curly hair.

Danny's cousin reached out to me for help on this case in hopes the power of the people and Yakima County Crime Stoppers can assist Yakima Police in solving Danny's murder. “If anybody knows what happened, please do the right thing. Danny's really missed by a lot of people and, as a family, we just want answers. We want justice. He was a loving person. He loved his kids and loved his family. You know, everybody messes up in life. Nobody's perfect and I think the family just wants to make sure that the world knows and remembers Danny for the good things. I'll definitely miss him,” said Danny’s cousin, Matthew Branscomb.

If you know anything about the deadly shooting that took Danny Branscomb's life on May 12th - anything at all that can help Yakima Police identify the suspects and make arrests - a cash reward of up to $1,000 will be yours. Just submit the information anonymously through either the P3 Tips App on your smart phone, or by calling the hot line at 1-800-222-TIPS(8477).

If you know anything, do the right thing and help get 'Justice for Danny.'