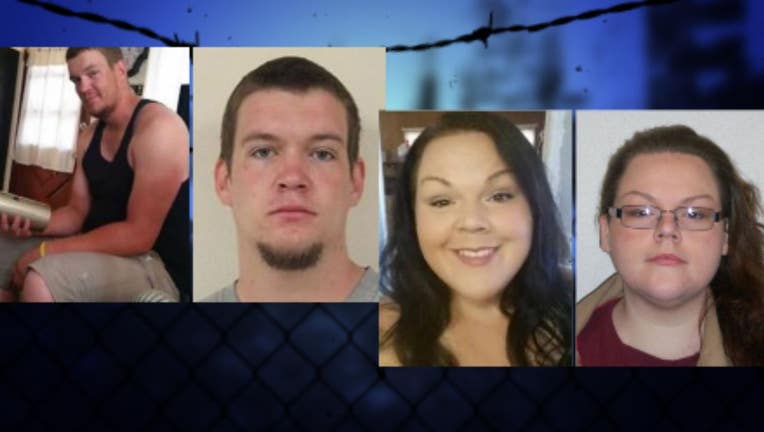 WANTED IN BENTON COUNTY -- Department of Corrections officers in the Tri-Cities say Joshua Reeves and Giselle Norris are in love -- and on the run from the law. Both are ‘High-Violent Offenders’ with huge rap sheets. Both did prison time for the same robbery in Benton County in 2009. Officers say they were released and began living together in the Tri-Cities. Now, they're breaking probation and face new charges in Benton County for vehicle prowling, vehicle theft, possession of stolen property and possession of stolen mail. Officers say they were most recently living in Pasco, but have ties to Richland and Kennewick as well. Giselle Norris is 31 years old, 5’3 and weighs 280 pounds. Joshua Reeves is 25 years old, 6’6” and weighs 175 pounds. If you know where they’re hiding, call crime stoppers at 1-800-222-TIPS, call an anonymous tip into: CRIME STOPPERS: 1-800-222-TIPS You must call the Crime Stoppers hotline with your tip to be eligible to receive a cash reward for information leading to a fugitive’s arrest. CLICK HERE for information on how to TEXT A TIP to Crime Stoppers