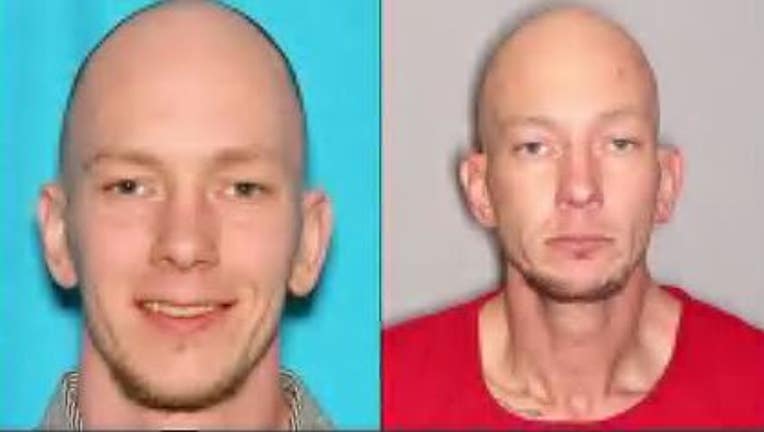 Detectives say the elderly owner of the home he is accused of burglarizing is extremely grateful to everyone for helping to identify and locate the suspect who broke out her window and stole her jewelry and personal belongings.

-----ORIGINAL STORY February 26, 2021-----
FUGITIVE WANTED IN KING COUNTY --
The search is on for a convicted felon with a long history of burglarizing people's homes.

King County Sheriff's detectives are asking for your help to find 36-year-old Joseph England. He is wanted for Residential Burglary, the same charge he's been convicted of 11 times before.

Your tips to Crime Stoppers of Puget Sound helped identify England as one of the ‘Bow-Chicka-Bow-Wow Burglars’ that I featured last weekend. I gave them that saucy nickname after detectives say England and a female suspect were seen on camera having sex in a woman's driveway in SE King County right before he broke into the victim's home and stole her jewelry and other items.

Detectives have identified the female suspect and are trying to find her to determine her level of involvement in the burglary, so I am not naming her until she is formally charged with a crime.

Detectives say the truck they were seen having sex in turned out to be England's 2011 Nissan Titan. Below is how it looks now after detectives say he tried to change its appearance by putting new tires, wheels, fenders and a grill on it. Detectives say he gave up on that plan and is borrowing vehicles from friends to drive instead. 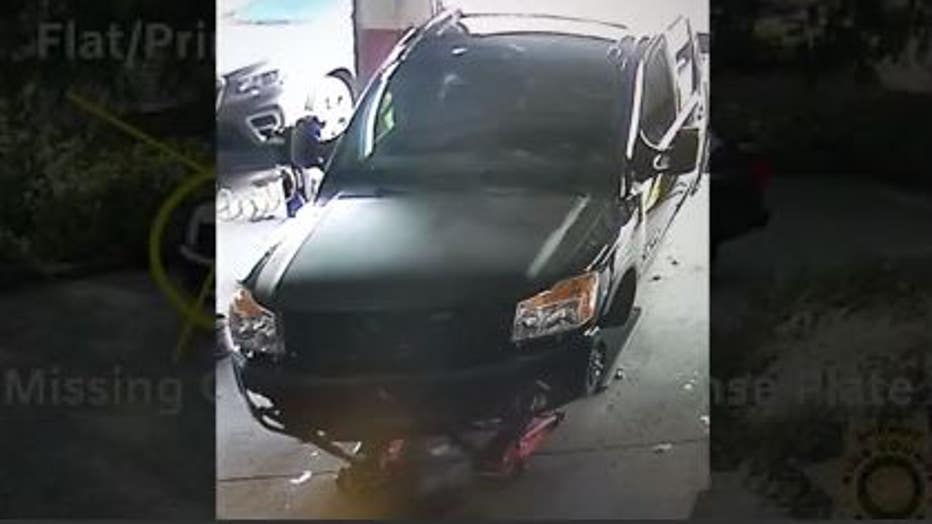 If Joseph England sounds familiar to longtime Washington's Most Wanted viewers, that's because I nicknamed him ‘The Grinch Burglar’ back in 2015 after he broke into a home in Kent the day after Christmas. In less than a week, your tips helped police catch him in Federal Way and he was sentenced to six years in prison.

"Here's a burglar who just keeps repeating his offenses. Obviously, the criminal justice system is not working for him, because again, we see him out there, again committing property crimes and violating those safe spaces in our homes," said King County Sheriff’s Sgt. Tim Meyer. And, that includes a new criminal charge filed in King County for Possession of a Stolen Vehicle after Auburn Police caught him in December with a stolen motorcycle.

Now, he's looking at a new charge for Residential Burglary. "Detectives are going to be sending paperwork to take to prosecutors now to get charges filed. We anticipate he’ll be receiving a summons and we very much want to know where he is, where you can locate him. Please share his location via the P3 Tips app and let's try and get him in custody before he commits even more burglaries," said Sgt. Meyer.

Crime Stoppers of Puget Sound will pay you a cash reward of up to $1,000 if you can tell detectives where to find England, or the woman who was with him. It is anonymous. You can call 1-800-222-TIPS, or submit the information at www.p3tips.com.