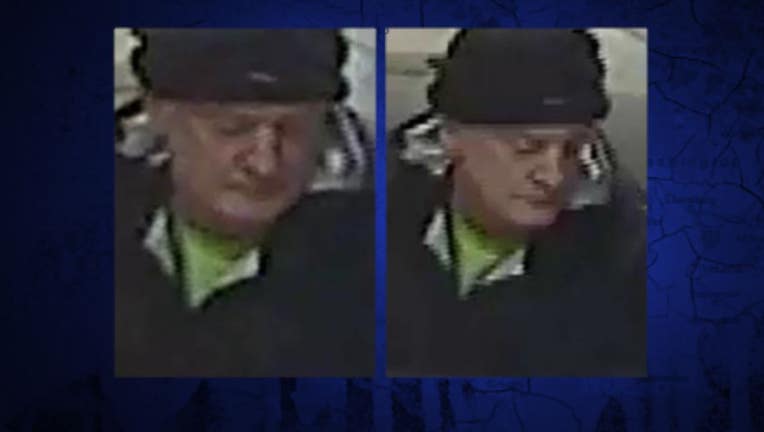 WANTED IN SEATTLE -- A thief that Seattle police are hoping you can identify has a serious craving for some cigarettes, but at more than $9 a pack in Washington, he decided to just try to steal a bunch of them -- so much so he broke into a gas station in Ballard. We’re calling him the 'Jonesing for some smokes' burglar. Watch the video as Ret. Det. Myrle Carner with Crime Stoppers of Puget Sound walks us through the break-in that was caught on tape. "This was about 2am. You'll see a suspect appear outside a closed gas station. He brings a crowbar and he's prying on the door and every time a car goes by he ducks out of sight but eventually he comes up and he just prys and prys and prys and breaks the door. You'll see that clearly so concentrate on his face because at this point he ducks behind the building, puts on a mask, grabs a garbage can, goes back to the broken door, looks around, jumps inside and this is where he goes nuts. He took about 30 cartons of cigarettes and pay particular attention to how violent this guy is. You watch him and he's going to take the cash register. It isn't like he just lifts it and puts it up. He just rips everything apart in there then walks to the door, looks around, disappears and drives away in an unknown vehicle. He's wrecked the door, stolen the cash register, did a lot of damage inside. Clearly he has no concern for anything that belongs to anybody else. It's all about him and about taking cigarettes and a cash register.”

WANTED: `Jonesing for some smokes` burglar

If you can tell Seattle police who this guy is, call an anonymous tip into: CRIME STOPPERS: 1-800-222-TIPS You must call the Crime Stoppers hotline with your tip to be eligible to receive a cash reward for information leading to a fugitive’s arrest. CLICK HERE for information on how to TEXT A TIP to Crime Stoppers.