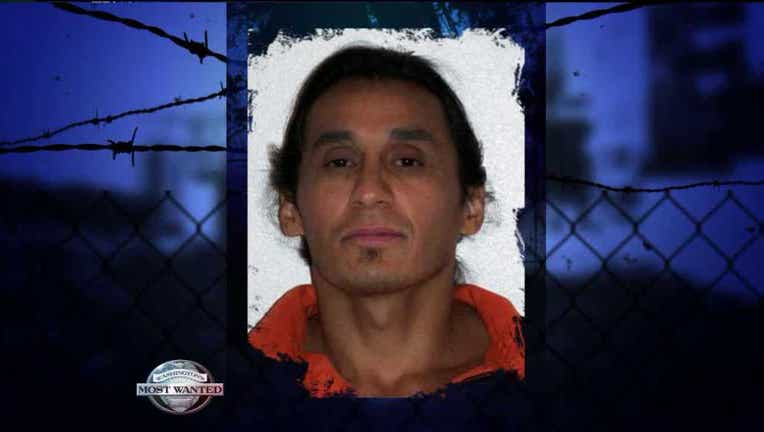 A job search turns into a fugitive search in Pierce County. Officers say convict, Jesus Imperial, was out looking for a job while on work release in Tacoma earlier this month - but never came back. Now he's wanted by the Department of Corrections for Escape, and already on probation for a frightening armed robbery, where he targeted a couple cleaning their clothes. “The victim and his girlfriend were sitting in their van outside a laundromat, waiting for their clothes to dry,” says DOC Ofc. Emily Isaacs. “Imperial came up on them, placed a gun to the victim's head, demanded his wallet and the van. Fearing for both of their lives, they got out of their van, and Imperial took off in their car." He has also been busted for assault, burglary, and drugs. Here are the details on JESUS IMPERIAL:

Officers think he could be hiding out at shelters in the Seattle area. If you spot Jesus Imperial, or know where he is, call an anonymous tip into: CRIME STOPPERS: 1-800-222-TIPS You must call the Crime Stoppers hotline with your tip to be eligible to receive a cash reward for information leading to a fugitive’s arrest. CLICK HERE for information on how to TEXT A TIP to Crime Stoppers