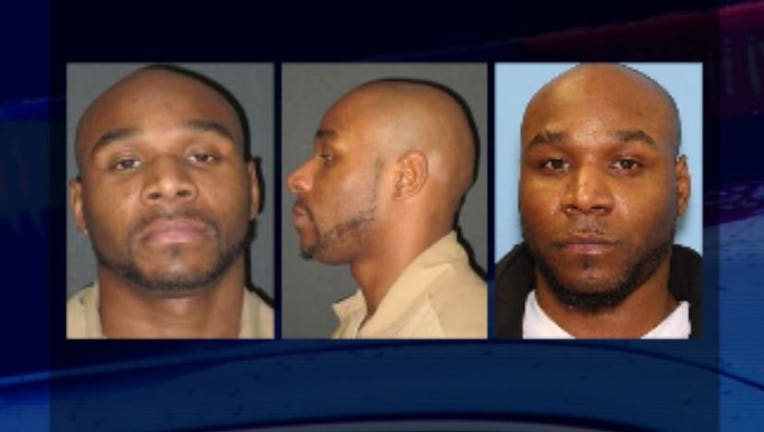 WANTED BY U.S. MARSHALS - The U.S. Marshals Pacific Northwest Violent Offender Task Force is asking for your help to track down a fugitive accused of killing a woman while he was drunk and high on St. Patrick's Day four years ago.

Denson has been on the run since Washington State troopers say he crashed his car in 2017 and threw the victim from the back seat of the vehicle.

The Marshals say they have new information that may help you give the victim's family some long overdue justice.

The crumpled remains of a 2002 Buick Park Avenue shows the damage from the crash on southbound I5 that killed 28-year-old Joy Brannon on St. Patrick's Day in 2017. "It`s heartbreaking. It`s a hole that can never be filled," said Joy’s mother, Twalla Fields. She says her daughter had a five year old son. "Every day when I see that child I have to go to another room and cry for him, because he don`t know. All he knows is that his mommy`s not here."

Joy was riding in the back seat  of Denson's car when troopers say he lost control, hit a guard rail, then another vehicle before flipping onto its roof. Joy was thrown into the northbound lanes. "She was struck a couple times by vehicles that, obviously, had no time to react, nor could they really even see what was really going on," said Washington State Patrol Trooper Rick Johnson.

Troopers say a warrant was issued for Denson's arrest in October of 2017 after blood tests showed he had been drinking and using marijuana before the crash.

The U.S. Marshals believe Denson, who also goes by ‘Jerry Weaz,’ is still in Washington state. He has ties to Auburn and Seattle. "We are actively working to locate and apprehend Jerry Denson. Any information about his whereabouts, how he might be making money, who he is in contact with, if anyone is helping him out, all of those things would be good tips for us," said Deputy U.S. Marshal Jaclyn Williams.

Denson is one of the Marshals' most wanted fugitives in Western Washington right now. "We don't know what he's willing to do when he's faced with actually being arrested and being behind bars. We don't know what lengths he would be willing to take to avoid being captured, so it's very important we get him into custody as soon as possible," said Dep. U.S. Marshal Williams.

Joy's sister, Ebony Brannon, has a message for Denson. "I would just like to tell Jerry Denson, right is right, wrong is wrong, what my grandmother used to say. I`m not saying he went out to kill her, but we have to take ownership of our responsibilities and you have to be a man," said Brannon.

Denson is 30 years old and he is a convicted felon with a criminal history that includes assault and harassment.

If you can tell the U.S. Marshals Pacific Northwest Violent Offender Task Force where to find him, Crime Stoppers of Puget Sound will pay you a full $1,000 cash reward. Call the hot line at 1-800-222-TIPS(8477), or use the P3 Tips app on your cell phone.