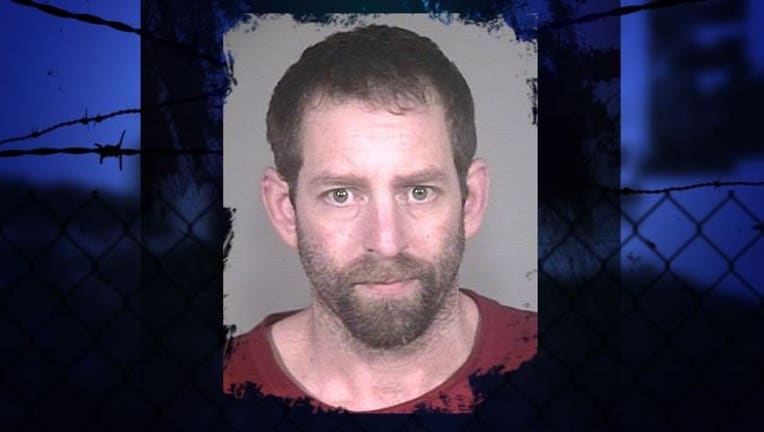 Kitsap County home burglary suspect Jeremy LaRose surrendered to deputies in Silverdale at about 8:40 pm tonight. "This was a direct result of the WMW broadcast and the efforts of KCSO deputies," said Lt. Jon VanGesen.

LaRose is accused of breaking into a Port Orchard home in August to steal a safe with $34,000 in cash, silver coins and important personal documents inside.

He is WMW Capture #1125 and deserves to be commended for doing the right thing by turning himself in so he can have his day in court.

Deputies say on August 6th, he waited for the homeowners on Westbrook Dr. SW in Port Orchard to leave, then came out of the woods, broke into the house and hauled-out the safe. Deputies say he went back inside and stole a bunch of other stuff. Then, he loaded it all into a Kubota utility vehicle that belonged to the victims, then drove it to the end of the driveway where he dropped off the stolen stuff, before returning the vehicle.

Detectives say LaRose pawned some of the stolen items in Bremerton just over a week after the burglary. While they were investigating the home burglary, detectives learned on August 19th that LaRose had been arrested in Snohomish County for a burglary to a storage unit. Detectives recovered a backpack that contained the Port Orchard victim's Social Security Card and a Birth Certificate. He was released from jail before Kitsap County prosecutors charged him with Residential Burglary, Theft 1st Degree and Possession of Stolen Property and issued a $50,000 warrant for his arrest.

For those of you around Poulsbo, keep a sharp eye out for him. "We believe that Mr. LaRose is living in a residence in north Kitsap, that the individuals in that house with him are providing excuses and cover for his presence there,” said Kitsap County Sheriff’s Dep. Scott Wilson. “Eventually, we will arrest Mr. LaRose, so we are looking for the public's assistance to determine where he might be when he's not in the house, if you see him out  and about in the community. For those that are engaged in helping him, there is the possibility that a Rendering Criminal Assistance charge could be in effect here."

Jeremy LaRose is 42 years old, 6 feet tall, 200 pounds and has blue eyes and brown hair. He almost always has  a scruffy beard, but was clean-shaven last month and had cut his hair.