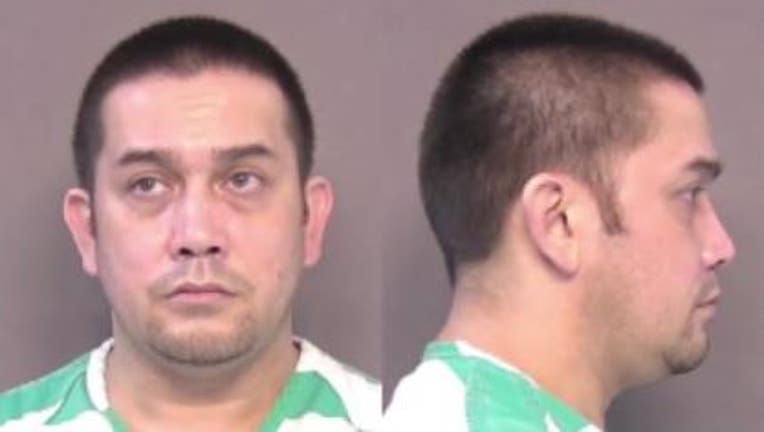 WANTED IN EVERETT - Hundreds of victims. Lives destroyed. Finances left in ruins. And, detectives say one man is responsible.

Everett Police are asking for your help to find 42-year-old Jeremiah Lee Wysocki.

One of Wysocki's alleged victims details the horrible impact it's had on his life. "He stole my identity going through my mailbox and the damage he caused, it’s just like, indescribable," said identity theft victim, Cesar Paez.

It's been more than two years since police say they caught Wysocki with seven fraudulent credit cards in Paez's name and even a Washington state driver's license using Paez’s stolen info and Wysocki's photo. Paez even had his savings stolen and the financial nightmare continues. "I constantly check on my bank and banking accounts and everything, just to the level of damage this guy has caused, that I live in that fear. I think I’m going to be living in that fear for the rest of my life," said Paez.

Paez was just one name in a huge stack of fake IDs.

"He took my victims for well over $100,000 and probably more if you sit down and talk to each one of them, so he's out there causing havoc on a lot of people," said Everett Police Det. Danny Rabelos.

He started investigating the case when Wysocki was stopped in a stolen vehicle filled. "It was a Range Rover, so a full-size SUV that was completely packed from behind the driver's seat and passenger seat, all the way to the rear, floor-to-ceiling with identity theft equipment, people's identities, credit card statements, fake IDs, fake credit cards. It was just a massive lab, the biggest one I've ever seen," said Det. Rabelos.

Wysocki was arrested and then released on bond. Now, he's wanted after failing to show up in court.

Over the last few years, he's been investigated by Bothell Police for allegedly dealing M-30s, the deadly fake opioid pills laced with fentanyl, as well as by Mill Creek Police and other departments for using stolen credit cards at stores all over Snohomish County.

You really made my life, like, real miserable," said Paez. He's constantly checking his credit. Fighting to repair it has become like a second job and he's always looking over his shoulder now. "I'm here, doing the right thing and I hope somebody turns this guy in. This guy’s a real danger to society and he should not be on the street," said Paez.

Detectives say he travels frequently from Snohomish County, so keep a lookout for him in King County and in Spokane.

He's most likely using identification in other people's names.