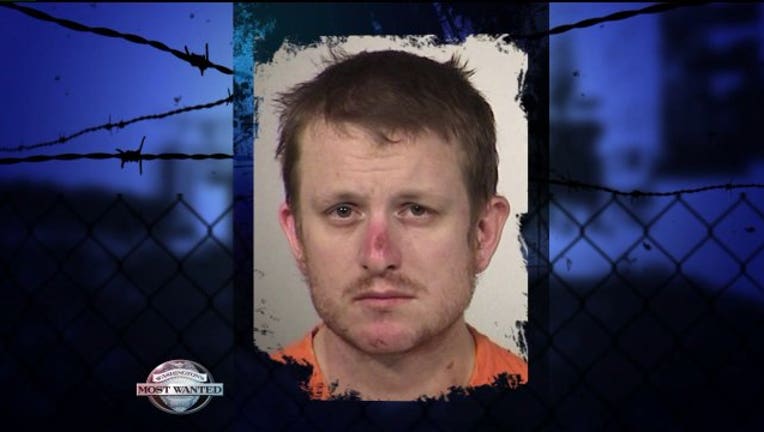 Do you know this guy with the scab on his nose? His name is James Winne, and cops need your help finding him. Officers say he's a one man crime spree, stealing from employees at four Fred Meyer stores in Pierce and King counties -- even boosting a truck right out of the parking lot. 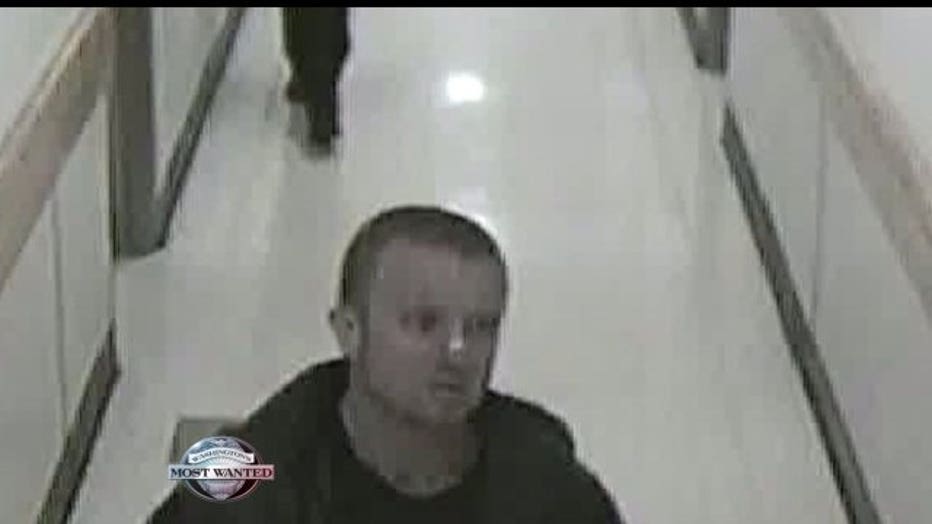 Check out the video that shows him in action: Puyallup detectives say he walked into the South Hill store last Saturday and tried buying several pre-paid cash cards, but his card declined. He wasn't about to give up though -- calmly walking right into the employees-only area. "He's going to be talking on his cell phone, so that way nobody approaches him, because most people won't approach you if you're talking on your cellphone, so it's a distraction technique,” says Puyallup Det. Michael Lusk. “He's looking around, you see employees just doing their job, working in the stockroom, no one confronts him. He seems comfortable being there, not acting too nervous. This is the stockroom where he's going to enter and steal an employees’ wallet.” He also took their cellphone, and a nametag -- one Det. Lusk says Winne used two days later to walk into the employees area in the Puyallup Fred Meyer. Det. Lusk doesn't know why Winne's nose is scabbed, but it definitely came into play when as he’s seen walking down a hall in that employees-only area. “You'll see an employee directly behind him, and he's not going to be stopped,” says Det. Lusk. “He's going to walk straight back like he belongs there. One of the things I'd like to point out is he has a bandage on his nose, and what helped identify him as well, is there's a booking photo of him just taken weeks before this, and he has a large scab-type sore on his nose, which is why the bandage is there.” Cops say Winne made an even bigger score at the Puyallup store – ripping off a workers laptop and his iPad, keys -- and truck -- by using the Fob to figure which one it was. From there, detectives say he hit two more Fred Meyer stores the next two days in a row. Workers at the Maple Valley store even confronted him, but he lied to them, telling them he worked at the Puyallup store. Winne already had warrants in Pierce County for drugs and theft before his accused Fred Meyer crime spree ever started. Here are the details on JAMES WINNE:

If you can tell Puyallup police where he's hiding out, call an anonymous tip into: CRIME STOPPERS: 1-800-222-TIPS You must call the Crime Stoppers hotline with your tip to be eligible to receive a cash reward for information leading to a fugitive’s arrest. CLICK HERE for information on how to TEXT A TIP to Crime Stoppers