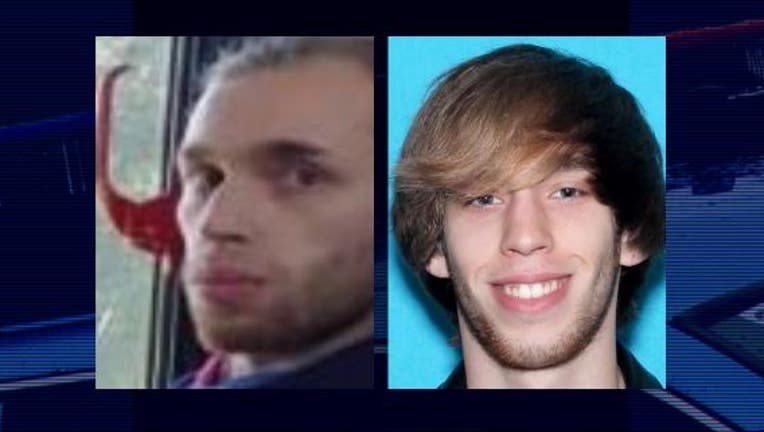 WANTED IN KING COUNTY - King County Sheriff's detectives are asking for your help to find James Vargas. Prosecutors have charged him with Indecent Exposure and issued a warrant for his arrest.

Detectives say Vargas exposed himself and masturbated on a bus on Febuary 18, 2020 while staring at a woman and trying to get her attention.  He had no idea she was secretly recording him on her cell phone.

"There's one thing that we'd like the Washington's Most Wanted viewers to consider is that we may discount this story is just a creepy fella on a bus, but today's misdemeanor on a bus is tomorrow's felony in a park and we're concerned that his behavior will escalate into an assault or even worse and we very much want to get him in custody," said Sgt Tim Meyer.phone video.

Vargas boarded the route 522 bus at Madison St. and 4TH Ave. The video is extremely graphic and at one point, he waves at the victim to try to get her attention to watch him. He had no idea he was being recorded. He never said a word and exited the bus at the stop near 125th on Lake City Way.

"I think it's terrifying for that victim to have to see something like that. It was amazing, between the time it aired on the show, until we got all of our tips, was just a couple of days and all of a sudden we had him identified," said King County Sheriff’s Sgt. Ryan Abbott.

"We know that he hangs out in Seattle. We know that he rides the bus, but we haven't been able to locate him yet, so we're hoping somebody knows where he lives exactly, or possibly where he works, so that we can go grab him, pick him up. He can also turn himself in, but so far, that hasn't happened."

Deputies believe he is in the Snoqualmie Valley area or in the University District area of Seattle.