WANTED BY U.S. MARSHALS IN SEATTLE --
If you know where the U.S. Marshals led Pacific Northwest Violent Offender Task Force can find 39-year-old James L. Mayers, Crime Stoppers of Puget Sound will pay you a cash reward of up to $1,000. Submit an anonymous tip at www.P3Tips.com or by calling 1-800-222-8477 or use the P3 Tips App on your cell phone.

Prosecutors say he is one of more than 40 suspects identified last year in a massive bust led by the DEA, FBI and Seattle Police throughout King, Pierce, Snohomish, Skagit and Thurston counties that seized 75 guns, more than 95 pounds of methamphetamine, more than 32 pounds of heroin, more than 7 pounds of cocaine (both crack and powder) as well as ecstasy and fentanyl. More than $327,000 in cash and 22 vehicles also were seized. Associates of some of the traffickers were shot and some killed in various shooting incidents in both Seattle and south King County.

“These strategic operations have stopped some of the most violent criminal groups operating throughout the Puget Sound Region from pushing dangerous drugs onto our communities most vulnerable members facing life or death struggles against addiction," said DEA Special Agent in Charge Keith Weis. 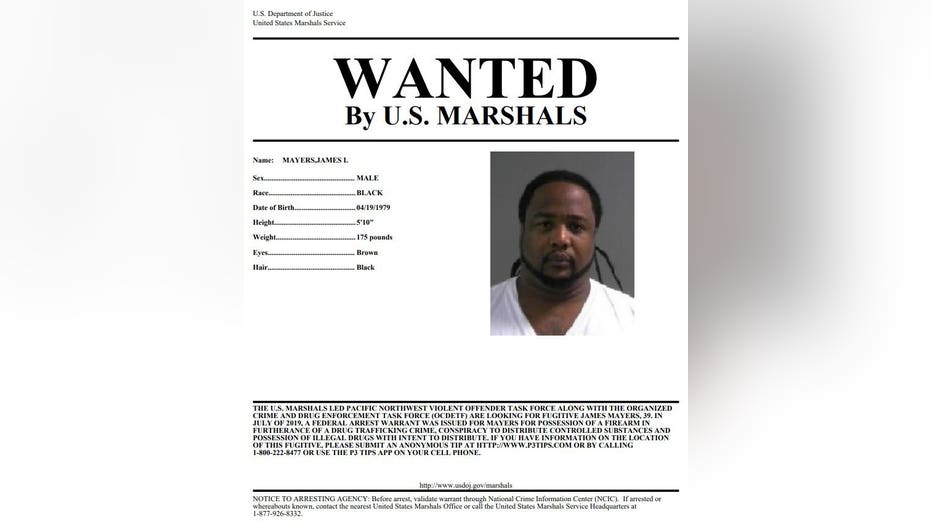