WANTED IN SEATTLE –
Seattle Police are hoping somebody can identify two robbery suspects.

Detectives say they came into a T-Mobile store at Northgate Mall on Sunday, May 10th at about 6pm.

Detectives say as the suspect with the face mask asked for help from a clerk to distract him, the other suspect in the white t-shirt started cutting the security cords on three Samsung cell phones worth $3,000. The clerk sees him and walks over to confront him. “He walks over to him and he obviously notices the suspect cutting the cords and he says, 'Hey, stealing these is just not worth it.'  At this point, the suspect with the knife took a step towards him and pointed the knife and said, 'Hey, I need these,’” said Ret. Det. Myrle Carner with Crime Stoppers of Puget Sound.

Detectives say the suspect then turned and left the store.

The other suspect with the cross around his neck seemed kind of befuddled and a witness said he was hard to understand, like he was drunk, but he walked out the door, as well.

Witnesses saw both of them get into a dark-colored sedan parked near a restaurant.

Detectives have a message for that second suspect. "He may have thought, 'Well, we're just going to steal these phones. He's thinking, ‘It's a shoplift. How big a deal is that?’ Then, all of a sudden his buddy takes the knife and turns it into a weapon, turns it toward the clerk and now we're talking about a felony. Trust me, if your that second guy, now's the time to turn yourself in. If you didn't think it was going to be an armed robbery, you better come forward, because right now, you are involved and you will be charged,” said Ret. Det. Carner.

The cell phones were activated and sold for cash later that day, but detectives have not been able to track any of them. 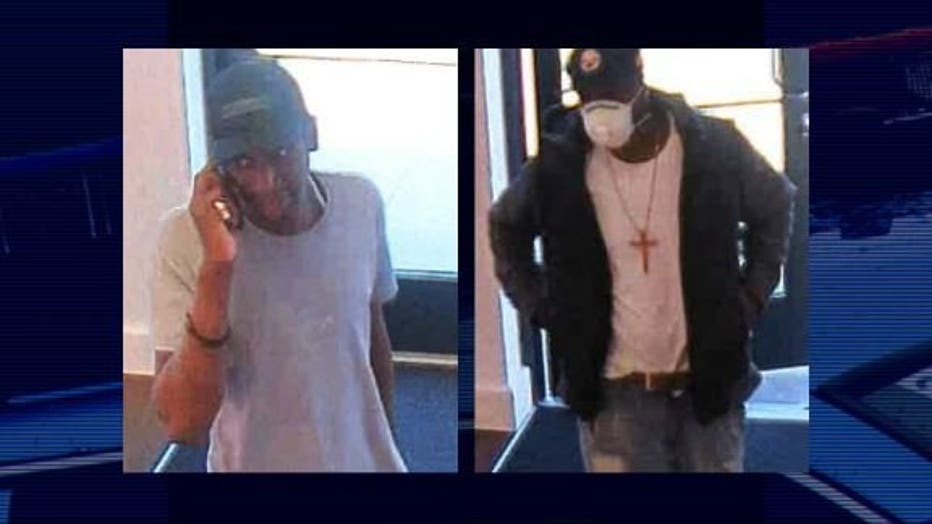