WANTED IN PUYALLUP --
A bicyclist put in a coma by a hit and run driver is now awake and out of the hospital.

Doug Terrien was struck by a trailer on River Rd. in Puyallup, on June 6th.

More than two months later, he's still healing and hopes the public can help him recover even more -- by helping Puyallup Police find the driver who nearly killed him.

"I ended up being taken out by a trailer being towed behind a vehicle," said Terrien. "I had massive head trauma. I think I had 32 stitches done in my head, brain injury, six broken ribs, a broken pelvic bone and two broken jaws. I don't want anyone else to go through what I've gone through. It has been very difficult."

"The bicyclist was hit, knocked to the ground and had severe injuries to his head and couldn't help himself, so there's a good possibility he could have passed away from his injuries and that's not good, especially if you're the one fleeing the scene, because that changes the incident to a whole, higher level when you leave and somebody dies,” said Det. Ed Troyer with Crime Stoppers of Tacoma/Pierce County. “Hit and runs seem to be up right now and when people are fleeing the scene, they don't realize how much more trouble they're going to be in if they'd just have stayed at the scene and followed through with it."

Detectives say the suspect vehicle is seen driving past a business’s surveillance camera right after the hit and run. It's towing a trailer and detectives say it's enough to have someone recognize it.

"We're releasing photos of the truck and pictures of the trailer and video, because it's pretty unique,” adds Troyer. “It's tan, or brown, looks like a 4x4 cab with 4-doors and a long, empty trailer, so the combination of these two probably sticks out. Somebody's going to recognize who it belongs to and if they do, we want to hear from them, because we want to get this driver identified."

It's an extended-cab truck.

If you recognize it, or know anything that can help Puyallup Police identify the driver, use the P3 Tips App to submit your information to Crime Stoppers, or call the hotline at 1-800-222-8477 (TIPS). 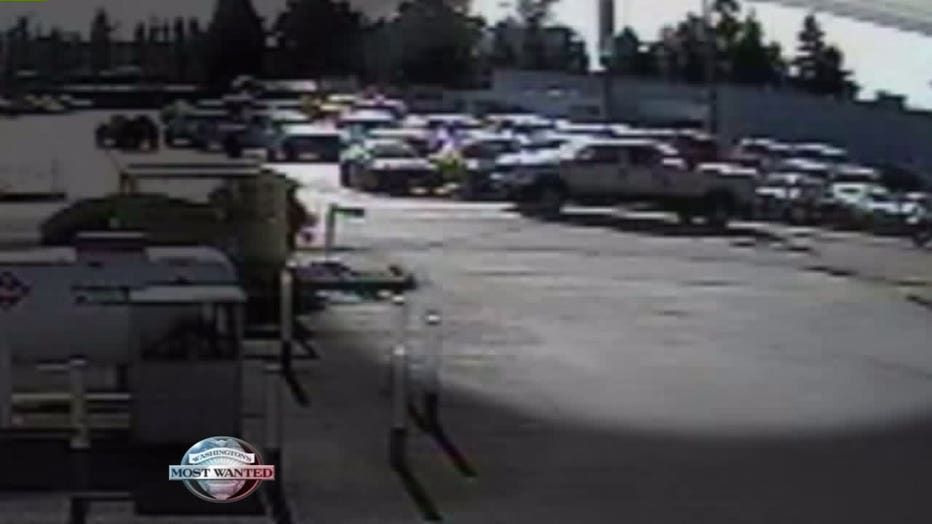