WANTED IN PIERCE COUNTY -- This bank bandit has a thing for headgear and always wears black rimmed glasses. Cops in the Parkland and Spanaway area are hoping you can identify a serial robber who's hit three times so far since December. And if you can tell them who he is, you get $1,000 reward. "The thing with bank robbers is they continue to rob banks until they get caught," Pierce County Det. Ed Troyer said. There are surveillance images from the suspect's first robbery on Dec. 5 at the Key Bank on Pacific Avenue South. He was wearing a tan coat with a red and black hunting hat with ear flaps, and he used a blue scarf to hide his face. And he wasn't alone -- he left in a stolen vehicle with a getaway driver. "So, we have a couple of bank robbers out there now that are pretty prolific and we need the public's help getting them caught and getting them off the streets so nobody gets hurt and no more tellers are terrified," Troyer said. The suspect hit a second time on New Year's Eve, stealing money from the till at a Denny's restaurant. He was wearing a blue sweatshirt with an Oakley insignia on the front and a white bandana wrapped around his head. "This is a guy who`s robbed multiple banks," Troyer said, and we believe he`s going to continue to do it, and usually they're supplying a drug habit or something like that. So, not only are they addicted to medicine, they`re fueling that funding by robbing banks, which terrifies bank tellers sometimes, so we definitely want to get this guy off the streets." The robber's third heist was on Feb. 10 at the Twin Star Credit Union on Pacific Avenue South. This time, he was wearing a yellow jacket with a dark stocking cap and bill with ear flaps. "Well, as  you notice, this bank robber has glasses that are peculiarly unique, and we want to be able to find somebody who might know a guy who's wearing these type of glasses or seeing this disguise," Troyer said. "Look at his mannerisms, his walk, what he kind of looks like, because he`s obviously trying to hide himself. So, when people are trying to hide themselves, that means that they don`t want to be seen, so it`s probably somebody from this area and somebody knows who it is. So, whoever calls in and lets us know who the suspect is, is going to get a $1,000 reward from Crime Stoppers." If you know who he is, call an anonymous tip into: CRIME STOPPERS: 1-800-222-TIPS You must call the Crime Stoppers hotline with your tip to be eligible to receive a cash reward for information leading to a fugitive’s arrest. CLICK HERE for information on how to TEXT A TIP to Crime Stoppers The number to call for that reward is 1-800-222-TIPS. 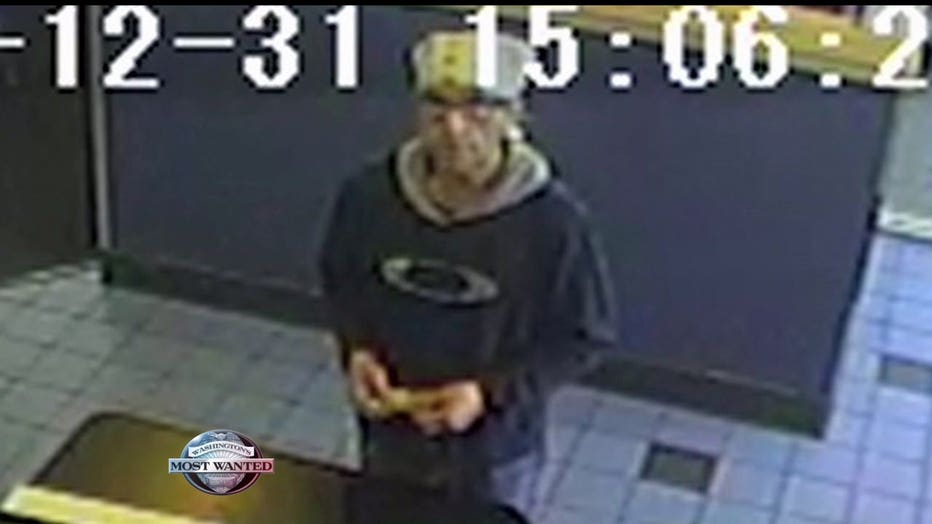 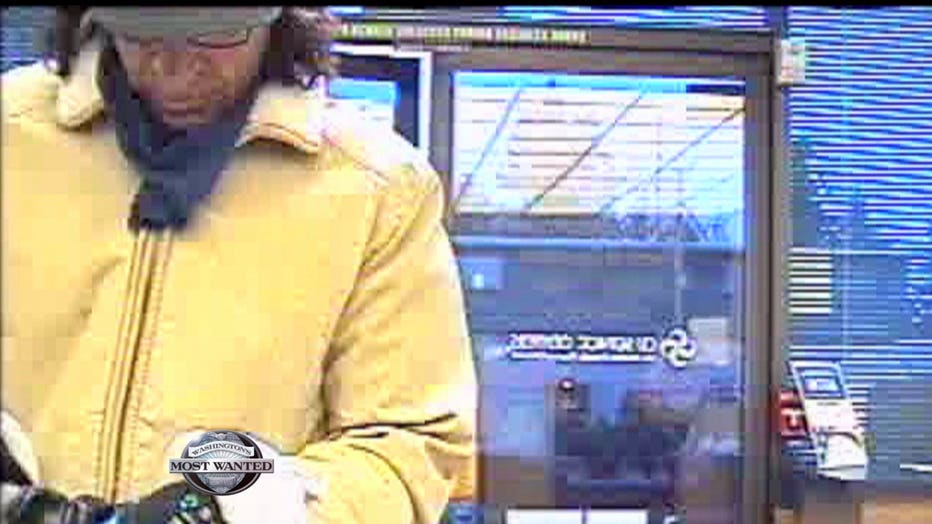