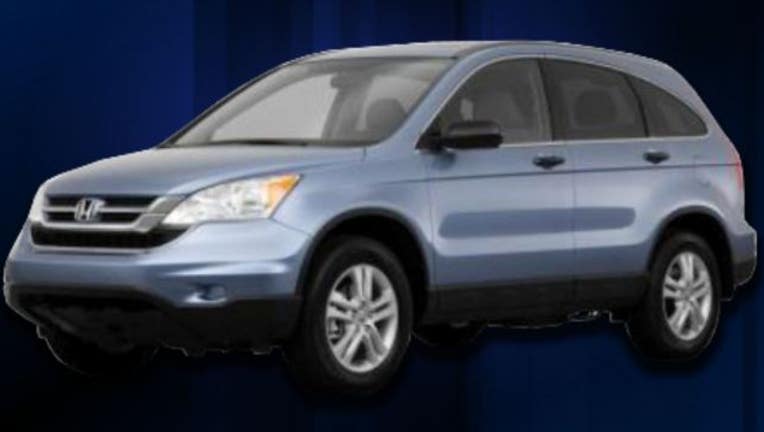 WANTED BY SEATTLE POLICE --  Seattle police hope you've seen a Honda CR-V with damage to the front end and front passenger side. It could possibly have a broken windshield as well. Detectives said it was busted-up when a home burglary in Rainier Valley turned into a hit and run. "Seattle police communications received a 911 call about a residential burglary," said retired police detective Myrle Carner of Crime Stoppers of Puget Sound. "Within a very short period of time they received a second call. This one had to do with an actual suspect vehicle with two suspects that we know. They actually circled the block, came back to the scene of the crime and spotted what they thought was a potential witness to this case, obviously not wanting to be identified, they actually ran the witness over - sustaining severe injuries to the leg. I mean, this is absurd, somebody knows who these suspects are. We need to get them off the street." 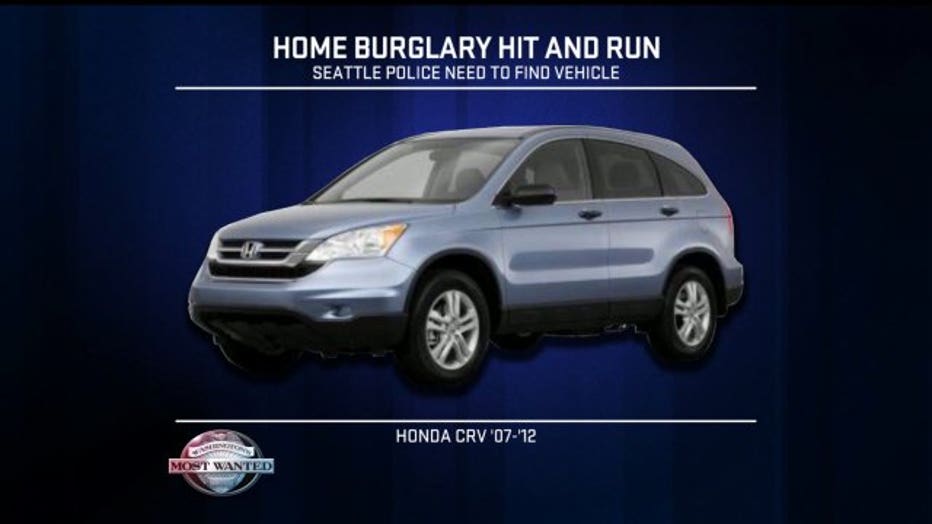 Detectives described the vehicle as a 2007 to 2012 Honda CR-V, like this one, they need to track down. It's similar in color with a luggage rack and likely had Washington license plates. Police said the two suspects are black, 20-25 years old and one had his hair in a ponytail. If you think you've seen the SUV, or know anything that can help Seattle police find it, call an anonymous tip into: CRIME STOPPERS: 1-800-222-TIPS You must call the Crime Stoppers hotline with your tip to be eligible to receive a cash reward for information leading to a fugitive’s arrest. CLICK HERE for information on how to TEXT A TIP to Crime Stoppers