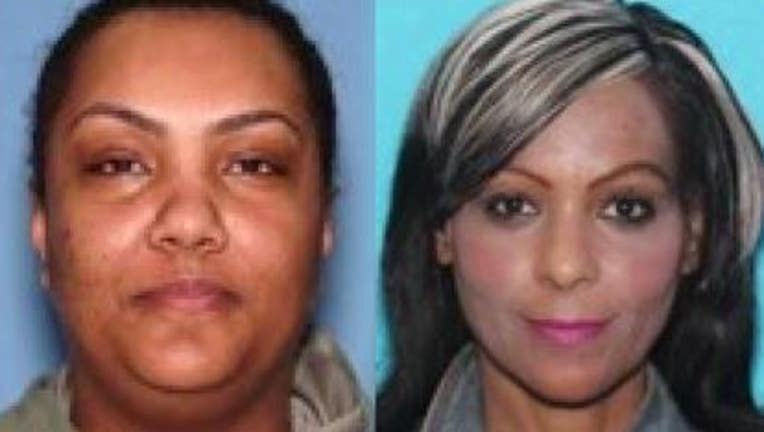 WANTED IN KING COUNTY and BY U.S. SECRET SERVICE - Hiywet Million and Carole Crane are wanted by the King County Sheriff's Office and the U.S Secret Service.

Investigators say they have stolen the identities of 33 victims so far.

Both have federal warrants for their arrest for bank fraud and aggravated identity theft.

"These women would target people at their places of work, schools, medical centers, maybe most disturbing, the Northwest African American Art Museum. $175,000 in losses with victims in Washington and Oregon. They'll target these people, their colleagues at work, somehow gain their bank cards and identity and then leverage them to these ill-gotten gains,” said King County Sheriff’s Sgt. Tim Meyer.

He says they are the same two women who were caught on video last year sneaking into four schools in the Highline School District. They stole wallets, credit cards and ID. Deputies say they pretended to be parents of incoming students.

After it happened, we talked with an assistant principal at McMicken Heights Elementary who had her wallet stolen. "And I wish that they would have came and asked for help instead of taking our belongings,” she said.

Detectives think they could be in the Seattle or Portland area.

Hiywet Million is 29 years old, 5'6", 175 pounds and is known to use the fake names, “Phoebe Million Bekele" and "Blanco Griselds.”

Investigators say they are going to continue to victimize people. "They may befriend you. They may come across as that colleague that wants to assist and these unsuspecting victims are having their bank and identify information stolen,” said Sgt. Meyer.

If you know where either are hiding, use the P3 Tips app on your smart phone to submit the information anonymously to Crime Stoppers, or call the hot line at 1-800-222-TIPS(8477). There's a cash reward of up to $1,000 for each suspect.