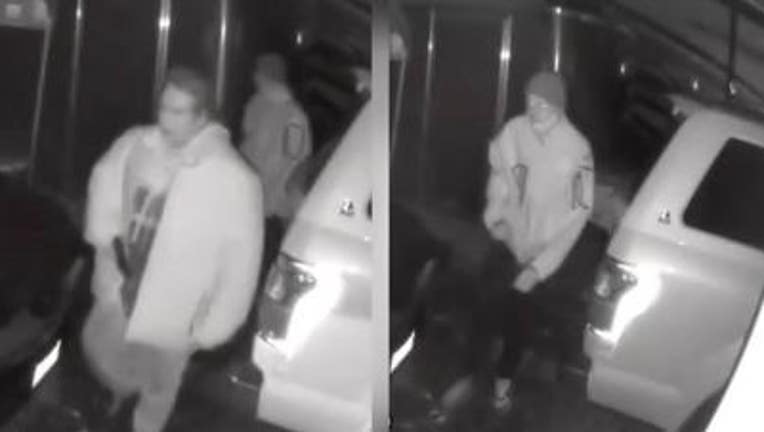 KENT - Detectives are hoping surveillance video helps solve the mystery of what happened Christmas morning when a victim was shot in Kent.

Detectives say they don’t know why the violence occurred.

The victim survived and has been cooperative, but detectives say they don't have the full story of what happened, or why, so they are asking for your help to identify two men seen on surveillance video.

Police say the shooting happened about a minute after they got off a Metro bus at Pacific Highway S. and S. 246th St. at 5:42am on Christmas.

Afterwards, the two men were seen going into the Midway Mobile Mansions trailer park and then across Pacific Highway S. towards the Iolani Apartments.

Detectives are hoping somebody recognizes them.

"If you watch the video, you will see there is a definite difference in size of both individuals and each of them, the way they carry themselves, have distinct mannerisms in the way they walk and the way they interact with each other. We believe the two together that left do know each other and have a relationship. We believe that these two subjects have information relating to the shooting and would like to contact them, so we're asking for the public's help in identifying them, so that we can make contact," said Kent Police Asst. Chief Jarod Kasner.

Detectives say the bigger guy in the hooded, puffy, quilted zip-up jacket over a sweatshirt and carrying a black handgun is in his 30s to 40s, under 6 feet tall, with long, dark hair in a ponytail.

The man with him is over 6 feet tall, with a medium build and was wearing a stocking cap, a light-colored mask covering his chin, a light-colored jacket with distinct outlines around the zipped pockets on the right chest and left arm, black pants and multi-colored Nike Air Max 90s.

Again, Kent Police want to talk with them. If you know either of their names, submit an anonymous tip to Crime Stoppers through the P3 Tips app on your cell phone, or call 1-800-222-TIPS(8477). There is a cash reward of up to $1,000 offered in the case.