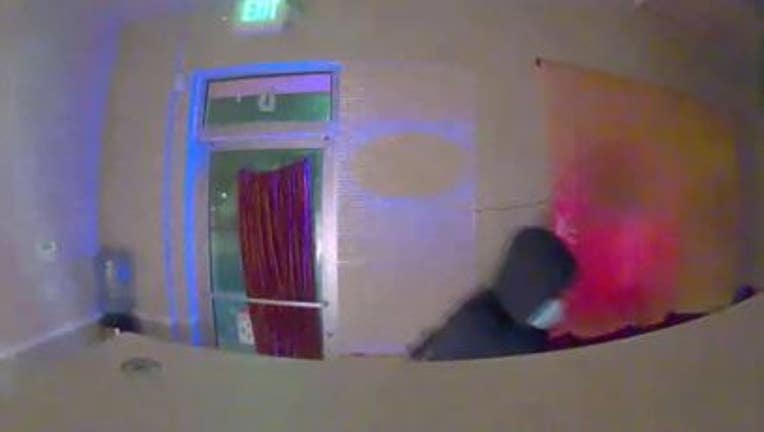 WANTED IN SEATTLE - Seattle Police need your help identifying the suspects in a terrifying robbery where two business owners were violently attacked in the Mount Baker neighborhood.

Surveillance video from April 30th at ‘Sky Massage’ on Rainier Ave. S. shows the two men forcing their way through the door. One of them starts punching a woman in her face while demanding the cash.

Detectives say the second suspect attacked her husband and then they spent about 15 minutes searching the business for money.

They stole cell phones, two sets of AirPods, about $600 in cash and some jewelry, but they weren't done yet. "Ten minutes later, the victim's daughter and son-in-law get a text saying they are demanding $10,000. They say they know where they live and they were going to harm them, so they try and extort $10,000 off of them," said Ret. Sgt. Jim Fuda with Crime Stoppers of Puget Sound.

Seattle Police tracked the cell phones and found them a short time later, so you can add felony extortion to the strong armed robbery charge.