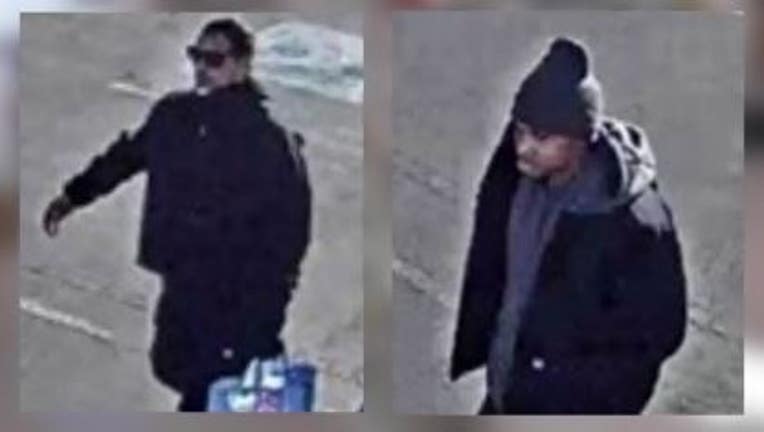 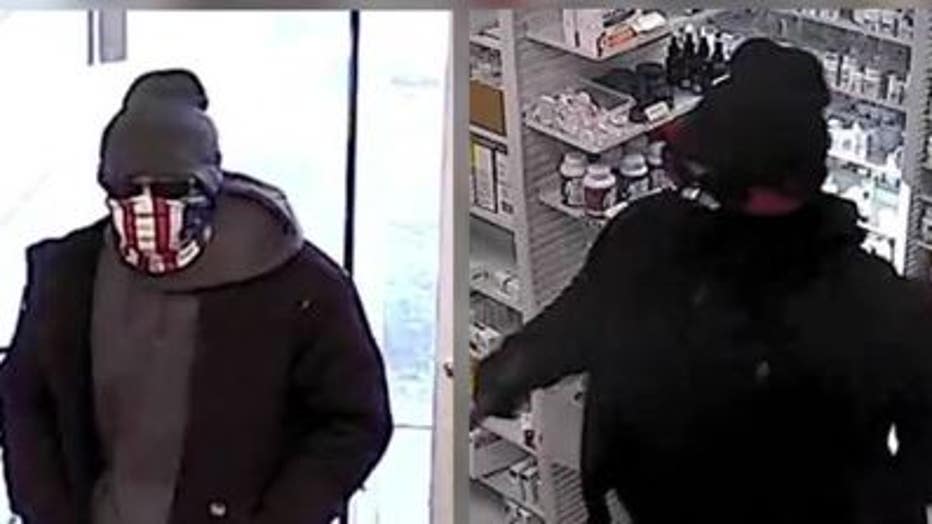 WANTED IN PUYALLUP - Puyallup Police are hoping you can help identify a pair of armed pharmacy robbers who took off their masks after tying-up and terrifying three workers.

They entered ‘Kirk's Pharmacy’ at the corner of S. Meridian and 7th Ave. SW at 11am on December 5th and pulled a takeover-style robbery. "They tied up the three employees in the business and then fled the area. The employees were unharmed and were able to release themselves, or get themselves untied and contact police," said Puyallup Police Capt. Dan Pashon.

The co-owner of the pharmacy, Andrew Heinz, says the robbery was terrifying for his workers. "Everybody, thankfully, was unharmed physically. Emotional trauma. We will see how well they recover. They were pretty shaken up," said Heinz.

You can see the suspect's didn't even rush out of the store. They just nonchalantly walked out with the stolen narcotics in that shopping bag they brought with them.

Puyallup police say they took off in the sedan you can see above and in the video. It’s possibly a 2000 Nissan Sentra and was parked about a block from the pharmacy.

Detectives say the suspect who wore the hat and the American flag mask is black, about 5’10" and in his mid-20s.

The suspect carrying the shopping bag is described as Hispanic, about 6 feet tall and in his late 30s.

"Luckily, they took the mask off when they got out and we were able to capture some good video. We consider these folks dangerous. We'd like to have them in custody as soon as possible. Somebody probably knows something about them from the video, from the vehicle," said Capt. Pashon.

If you recognize them, or know anything that can help Puyallup Police identify them, use the P3 Tips app on your smart phone that you can download for free to submit the information to Crime Stoppers. You can use the app to download photos for the detectives to see, as well. You can also call the hot line at 1-800-222-TIPS(8477). It's anonymous and you'll get a cash reward of up to $1,000 if your tip helps lead to their arrests. 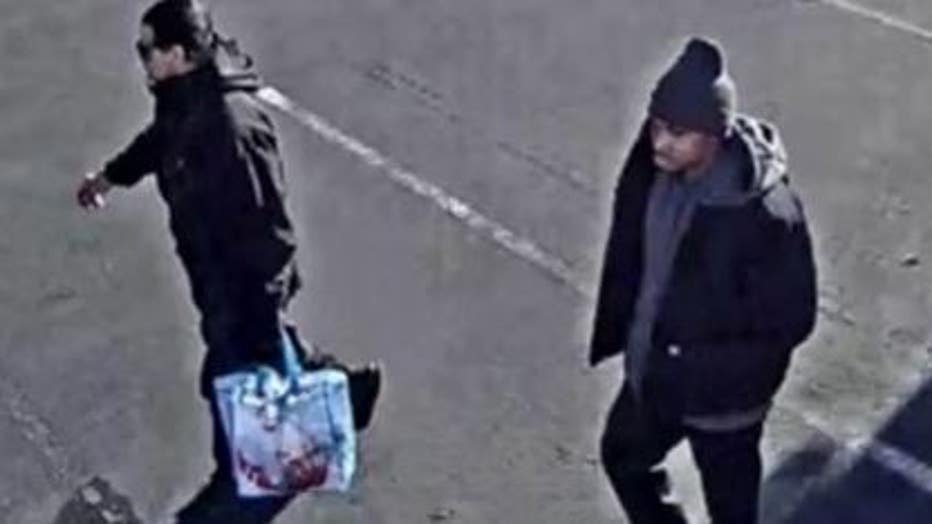