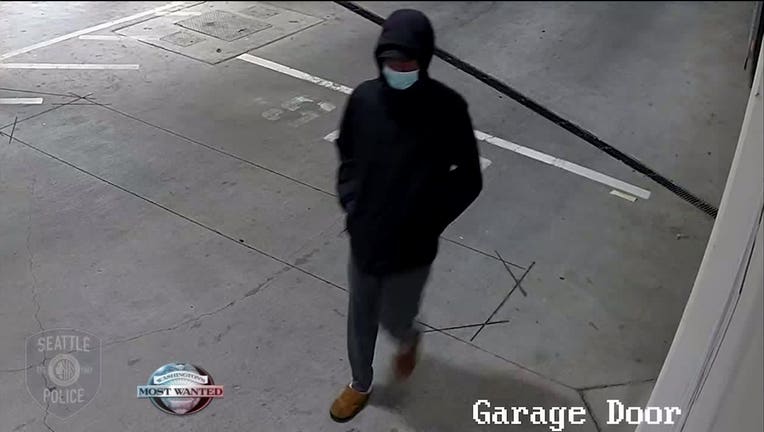 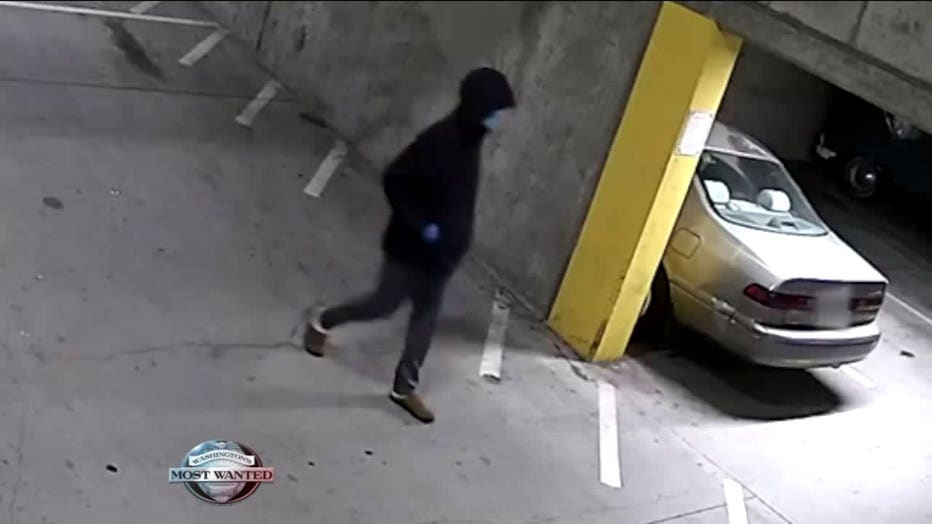 WANTED IN SEATTLE - This case is going to really make you angry when you see and hear how a robbery suspect treated a 70 year old man in Seattle's International District.
Surveillance video shows the victim start walking after parking his car in a garage. The suspect approaches him and the victim tries to wave him off, then he strikes, pushing him to the ground to start going through his pockets. Detectives say the victim was armed with a 9mm handgun, but the video shows that the suspect took that gun away from him. Then he spends several minutes going through the victim's pockets and throwing his stuff on the ground until he found $170 dollars in cash. He finally let the victim get up off the ground, but he wasn't done yet. He stole the man's car keys, as the victim is bending over to pick up his scattered belongings, you see suspect start backing out in his car, which he then stole. The victim had to back up to get out of the way, he could only stand there and just watch as the suspect drove right past him.

The car was later abandoned at 10th Ave. S. and S. Jackson St. "When the car was recovered, we did not recover the weapon, so that tells me he still has the victim's gun, which tells me he's now armed and even more dangerous and who is he going to go after next? We don't want there to be another victim," said Ret. Det. Myrle Carner with Crime Stopppers of Puget Sound.
You don't get a good look at the suspect, but the white socks and tan slippers he's wearing is one clue. The victim, who is Asian, described the suspect as possibly Vietnamese, mid 30s, 5'7" to 5'9", with a medium build.
He followed the victim's vehicle into the parking garage at 6th Ave. S. and S. Main St. in the International District and this happened at 2:30am on Tuesday, August 11th, so maybe the suspect stays nearby?
Fortunately, the victim wasn't physically hurt, but this kind of emotional trauma can result in longterm physical affects on seniors, so Seattle Police are really hoping you can identify the suspect.
If you know a guy who wears slippers like that and has this much disrespect for his elders, please submit an anonymous tip to Crime Stoppers of Puget Sound through the P3 Tips app on your cell phone or call 1-800-222-TIPS(8477). You will be paid a cash reward of up to $1,000 for his name.