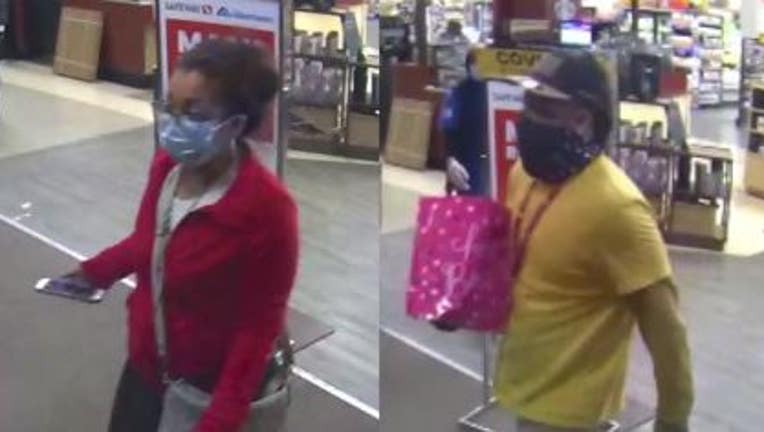 WANTED IN SNOHOMISH COUNTY - The search is on for a couple wanted after a store employee was stabbed during a robbery in Snohomish County.

Take a look at the video below from a grocery store showing the suspects that sheriff's detectives need your help to identify.

In the video, it seems to me they're having a pretty intense conversation, almost like they're trying to figure out exactly what they're going to do. Then, they must have made up their mind, because they headed down the greeting card aisle. The woman grabbed a greeting card bag and put it in her cart. Sheriff's detectives need to identify them, because of exactly what happened nex. "They then went over to the liquor cabinet where they obtained multiple bottles of liquor and attempted to steal them from the store. When a loss prevention officer confronted the male suspect, he then stabbed that individual," said Courtney O’Keefe with the Snohomish County Sheriff’s Office.

You can tell the woman is right handed. She's carrying her phone and is masked-up like so many people these days, as they're supposed to be, and she wears glasses and earrings.

The vehicle that they're driving is a little blurry to see in the video, but it's a light-colored sedan. That's all the information we have. We don't have a license plate number on it.

If you can identify either of them, Crime Stoppers of Puget Sound will pay your cash reward of up to $1,000.