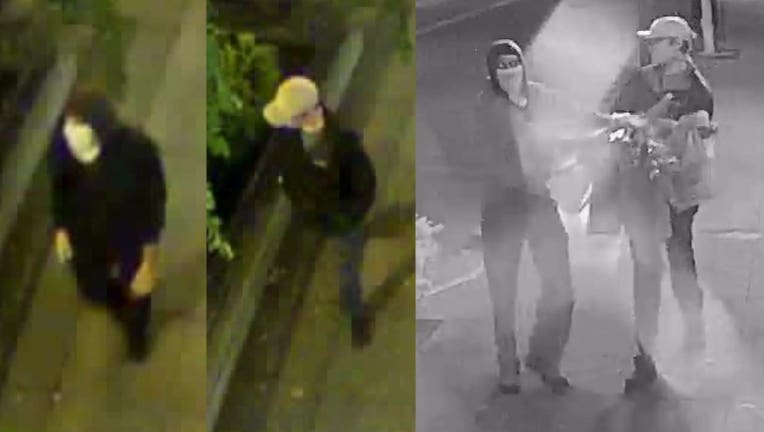 The flags had flown for weeks on light poles until two suspects seen on surveillance video went from pole to pole to steal 38 flags just after 3:45am on Saturday, June 20th. After gathering flags, video shows the pair meeting-up with two more suspects across the street and one person is seen placing a sticker on a pole. Detectives say the sticker said ‘United We Stand’ with the website of a known extremist group. 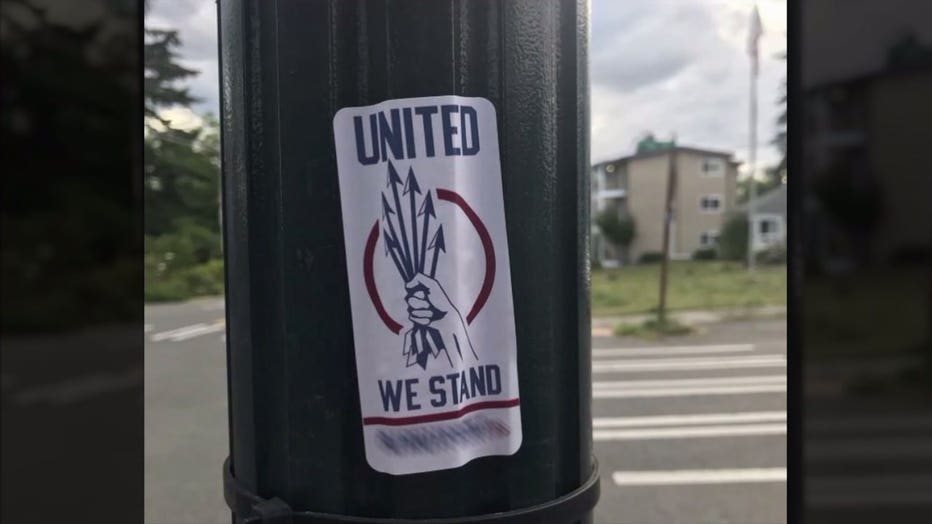 Burien Police, a contracted branch of the King County Sheriff's Office, is really hoping the public can help identify the suspects. “They have masks on their faces, are pretty covered. You can't see them the best with the video, but we know that they've told somebody about this, them stealing these flags. They have a ton of flags, it's pretty noticeable, so we're just hoping that maybe they're talking about it with somebody, or somebody knows something that they can provide to the King County Sheriff's Office. Detectives are fairly sure that these suspects have been talking about their crime. I mean, they stole 38 flags and they're not real small flags, they're noticeable, so there is a very good chance that somebody out there knows who took these flags and just hasn't told anybody about it. You can be completely anonymous and send us that tip. I think that's the important thing for people to remember, is that it can only take one tip, just a little bit of information can really break this case open,” said King County Sheriff’s Sgt. Ryan Abbott.

Once people found out the flags had been stolen last week, the community came together quick in downtown Burien to help replace the flags with new ones to fly for the rest of the month.

“I`m hoping it wasn`t a hate-filled action, because there`s so much good in this community and we`ve seen it since it happened,” said Sarah Toce with ‘Discover Burien.’ To any of our LGBTQ community that does live in Burien, or surrounding, you are still just as valid and seen and respected in Burien than ever. This doesn`t change that,” said Krystal Marx with ‘Seattle Pride.’ Marx is also the Deputy Mayor of Burien.

Somebody knows who did this. People know who stole the flags and posted that hate flyer.

You will stay anonymous, so please, if you know anything that can help detectives identify the suspects, contact Crime Stoppers through the P3 Tips app on your smart phone, or by calling the hot line at 1-800-222-TIPS(8477). You will get a cash reward of up to $1,000 if your tip helps lead to any arrests in the case.