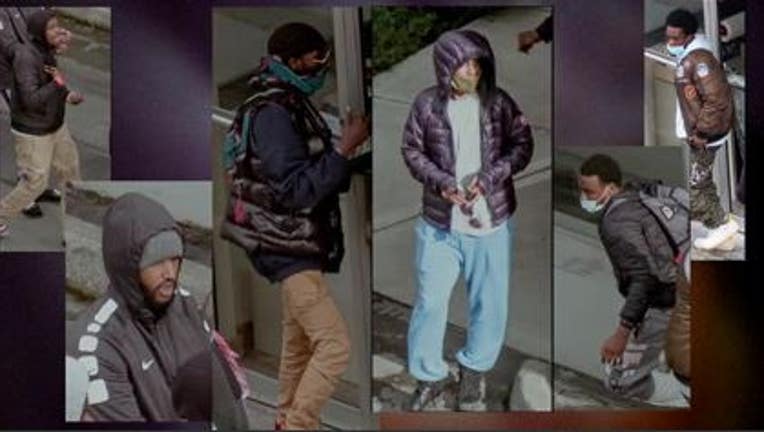 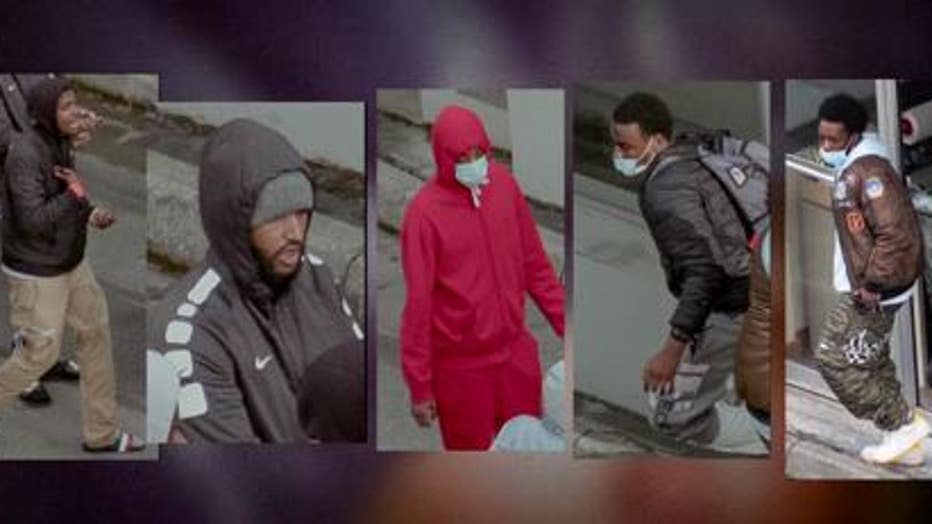 WANTED IN BELLEVUE - Bellevue Police still have teams of detectives working to identify all of the looters who vandalized numerous stores in the city on May 31st and with your help in some of those cases, they have already identified more than 70 suspects.

Now, they are asking for your help to identify a whole bunch more, especially the suspect seen above wearing light blue pants and another wearing a shiny puffy vest and scarf. Detectives say they brought a handgun and the guy wearing the scarf gave it to the suspect in the blue pants, who used it to shoot-up the glass on a cigarette case in the QFC grocery store on NE 8th St.

Surveillance video shows the suspect chamber a round as he backs out of the customer service are and starts firing multiple shots at a cigarette case, sending other looters running for safety when they heard the gunfire. Then, you see the gunman in the blue pants come around the corner and he catches up with the guy in the vest and gives him back the handgun.

Meanwhile, other looters moved in and started stealing all of the cigarettes and merchandise.

While detectives are hoping to identify everyone there that day, they especially want to find the guy who they say brought the gun and the one who used it.

“Wherever they are, they probably still have this gun and are willing to commit another crime and if we don’t find them, they could hurt somebody,” said Bellevue Police Major Travess Forbush.

After that first suspect in the vest left, the video shows the guy who shot-up the case headed back to the customer service area to grab his share of the cigarettes with a third suspect.

That third suspect had unsuccessfully tried to break open the case with a broomstick. After the gunfire, he and the shooter appear on camera with some clear plastic bags to load up everything, then you see them hauling them out, filled with stolen goods.

“The primary suspect in this is the male wearing the large puffy, purple jacket and the light blue sweatpants. It’s unique clothing. Somebody may have seen him walking around, wearing that jacket and we’d like to know where he’s at and who he is,” said Maj. Forbush.

Detectives also want you to look closely at these other suspects who were there to see if you recognize any of them.