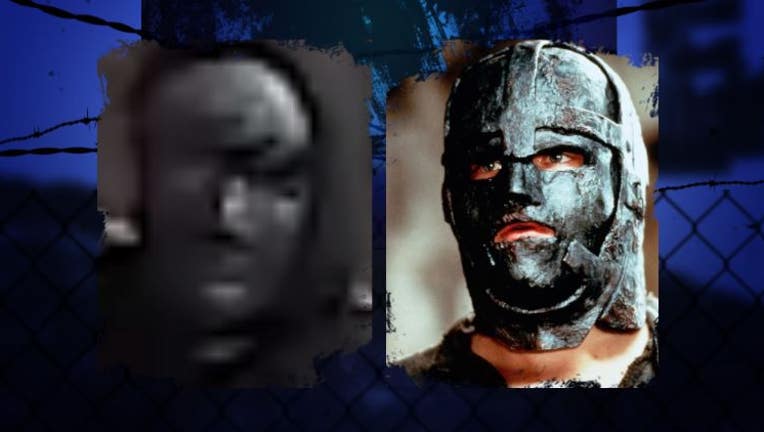 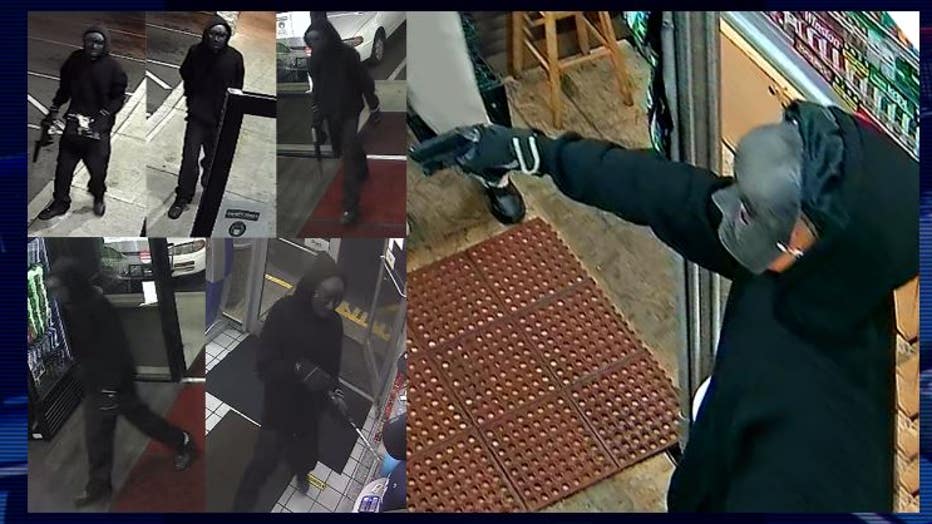 WANTED IN TACOMA - A serial armed robbery suspect who resembles the character from The Man in the Iron Mask movie needs to be identified for Tacoma Police.

Detectives say he wore the same plastic dark-colored mask to rob two convenience stores, one of them twice, in late June and July.

Detectives say he first hit the Chevron at the corner of E. McKinley Ave. and E. 72nd St. just after midnight on June 29th. Detectives say he was armed with a black rifle with a folding stock.

Two weeks later, on July 12th, he used the same gun to rob Country Boys Market. It's only about a mile north of the Chevron on East McKinley Ave.

Then, nine days later, detectives say he came back to Country Boys Market, this time armed with a black handgun and robbed the place again.

Detectives say he may also be the suspect who robbed a nearby 76 gas station on 72nd St. E. and Golden Givens Rd. E.

Detectives hope that unique mask will help someone identify the suspect. “This will not be confused with a mask that people are wearing now to prevent the spread of COVID-19. This is a full plastic face mask that obscures his entire face. This will stand out. Detectives need your help in identifying this man before someone gets hurt,” said Tacoma Police Ofc. Wendy Haddow.

The suspect wore a black hoodie, black pants and black gloves for his heists.

If you recognize anything about him, or his mask, or his firearms, use the P3 Tips app on your smart phone to submit the information to Crime Stoppers of Tacoma-Pierce County. You can also upload photos of possible suspects. It's anonymous and you'll get a cash reward of up to $1,000 if your tip helps lead to an arrest. You can also call the hot line at 1-800-222-TIPS(8477).