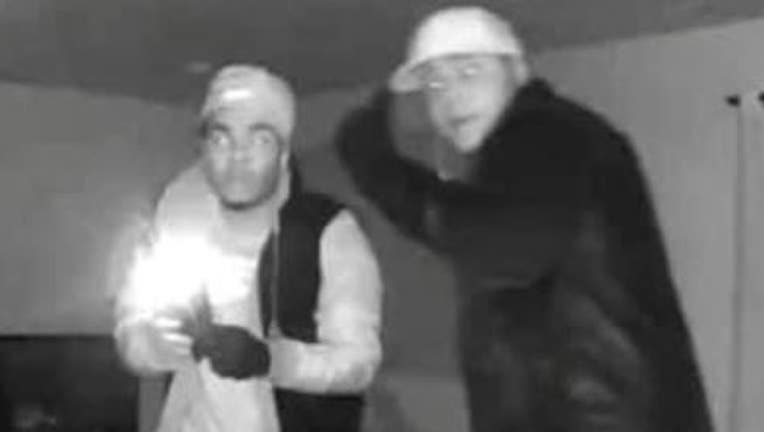 WANTED IN SNOHOMISH COUNTY - Detectives in Snohomish County are hoping you can identify a pair of suspects entering homes at times when people are usually there.

Take a look at the video below from the Mill Creek area. Deputies say the two suspects shattered the sliding glass door on October 5th just before 8pm. One of them sees the camera, tells his buddy about it, they both back off, but that didn’t deter him. He reaches over and turns the camera away.

Deputies were on the way, because the homeowners were watching it on live surveillance. Unfortunately, the suspects took off before officers arrived.

“When the homeowners returned home, they found a lot of belongings missing. Their house was in disarray. Objects thrown all over the place, clothing on the floor,” said Courtney O’Keefe with the Snohomish County Sheriff's Office.

Detectives believe they are linked to a similar home burglary in Mukilteo on September 4th. In that case, two suspects entered the home through a sliding glass door and stole several thousand dollars in cash while a grandfather and his 10 year old granddaughter were in the home.

There was a third suspect waiting in a car outside.

The best look at the suspects came from the most recent burglary.