WANTED IN PIERCE COUNTY --
Pierce County Sheriff's detectives are asking or your help to identify this armed robbery suspect in Midland who I dubbed 'Mr. Chill."

He robbed a Chevron gas station in the 10400 block of Portland Ave. E. in the Midland area at 5:05am on Wednesday, April 8th.

Detectives describe the suspect as black, possibly in his 30's, approximately 6' tall, with a medium build. During the robbery he was seen wearing a black coat, blue jeans, black gloves, red bandana, and a black doo-rag.

"Unfortunately, a lot people are wearing masks these days and bad guys are taking advantage of it, putting the mask on and blending right in and people aren't thinking twice about, who is coming in the door, because a lot of people are covered-up," said Det. Troyer. 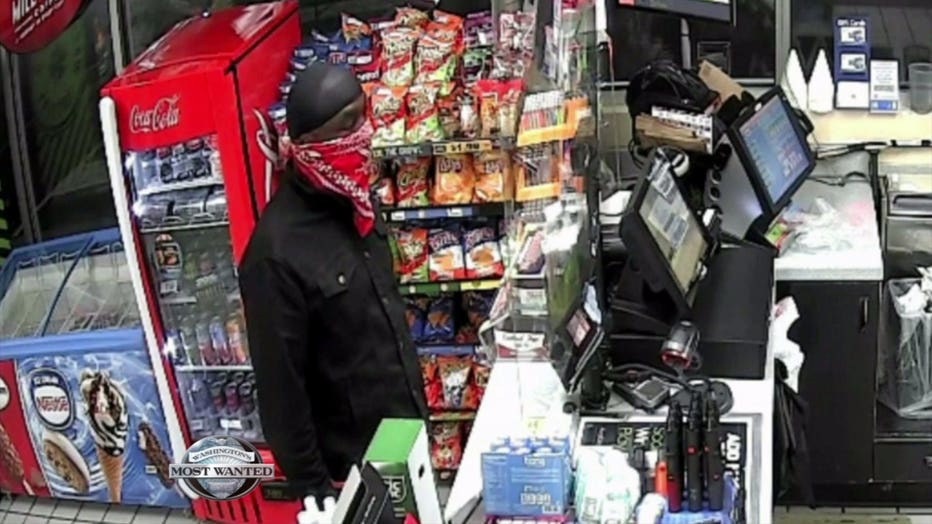 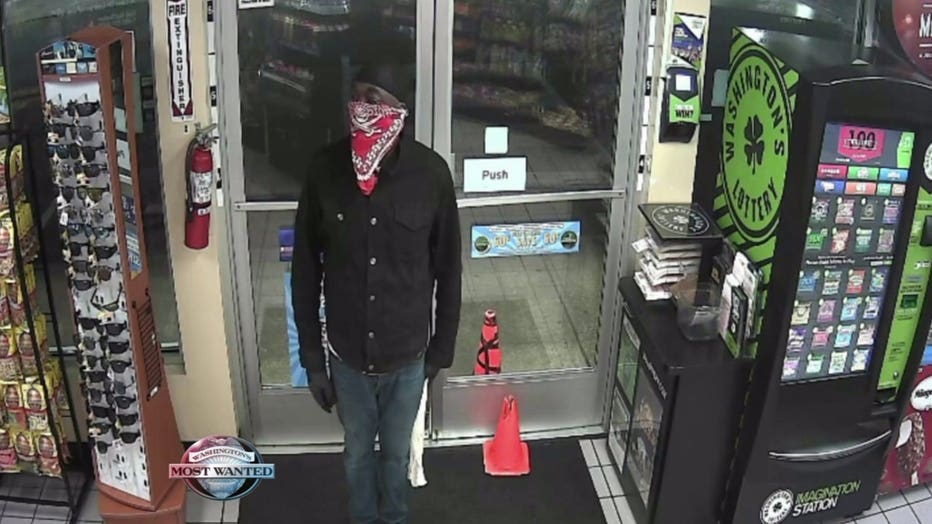