WANTED IN ARLINGTON --
An Arlington lumber yard hit got hit hard by this fraud suspect who detectives are hoping you can help identify.

They say he used a fake ID and bad check to buy thousands of dollars’ worth of goods at Chinook Lumber on Highway 9 -- and did it all with grin.

“He waves goodbye to the staff. He's all friendly and jovial in the pictures and appears to be all business-like, contractor-type,” said Kristin Banfield with Arlington Police. “He's doing it for high-value items and he's mainly doing it at places where he's going to be purchasing lumber, other construction materials. He's doing it off of fraudulent accounts."

And, Arlington Police think he’s in cahoots with wanted felon, Timothy Curtis, who has a warrant for his arrest that we featured him on Washington’s Most Wanted for.

Curtis, pictured below, is accused of pulling the same type of scam to steal an expensive sod cutter from Pilchuck Rentals in Marysville.

Detectives say both men were driving the same dark-colored Ford F150, pictured below, that they attempted to disguise by adding camouflage decals. 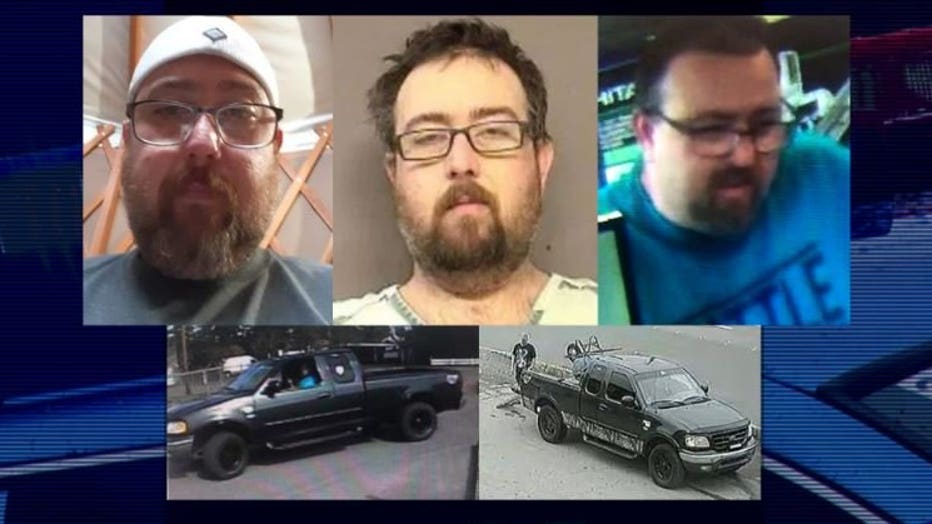 Arlington detectives think the lumber-stealing suspect is in his 30's.