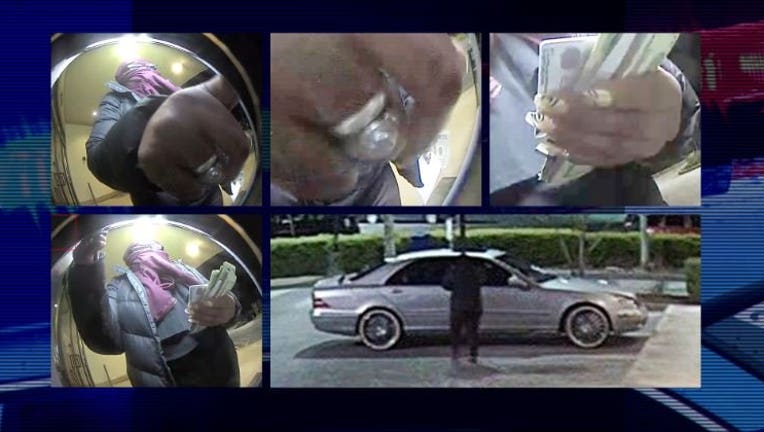 WANTED IN KING COUNTY --
This case will make you furious and it's a great warning about elder abuse.

Only slimy, bottom-feeding, dirtball scumbags pick on nice little old ladies -- and the victim in this case had some cognitive issues which makes it even more despicable.

King County Sheriff's detectives say if you can help identify the woman at the ATM at the Columbia Bank in Maple Valley, you could stop her from pulling another really elaborate debit card scam on an innocent senior citizen.

Her face is all covered up, but take a really close look at those fingernails and the bling she's sporting.

This was about two weeks ago on Saturday, March 14th and we know nail salons are shut down right now, so she might still have those nails.

Detectives say she took $1,000 out of the victim's bank account using the woman's stolen debit card.

Here's how she got her mitts on it:

"Short time later we have on surveillance video what looks like an older Mercedes pull into the parking lot of the Columbia Bank. A male is standing near the Mercedes and then a female, who from the pictures you can tell, covers her face completely with a scarf and glasses and the only thing noticeable about her is the diamond rings on her hand and you can also see her fingernails, which are done, it looks like, from a nail shop or something, because they look pretty intricate,” said King County Sheriff’s Sgt. Ryan Abbott.

The victim's debit card was used at several more spots over the next couple of days. The suspects were driving this silver car which detectives say appears to be an older Mercedes. "We're hoping somebody recognizes the car, or recognizes this as a scam that's happened to somebody else before. I think it's important to remind viewers that the bank will never come to your house and take your debit card for any reason, nor will anybody else. Don't ever give your debit card to anybody, for any reason,” said Sgt. Abbott.

The guy who showed up at the victim's door and is believed to be standing by the suspect vehicle. The victim described him as black, 25 to 35 years old, stocky, with a very thick beard.

If he seems familiar with being connected to the female suspect or that possible Mercedes, submit the information you have anonymously to Crime Stoppers of Puget Sound. Use the P3 Tips App on your phone, or call the hot line at 1-800-222-TIPS(8477). There is a cash reward of up to $1,000 for any information that leads to an arrest.