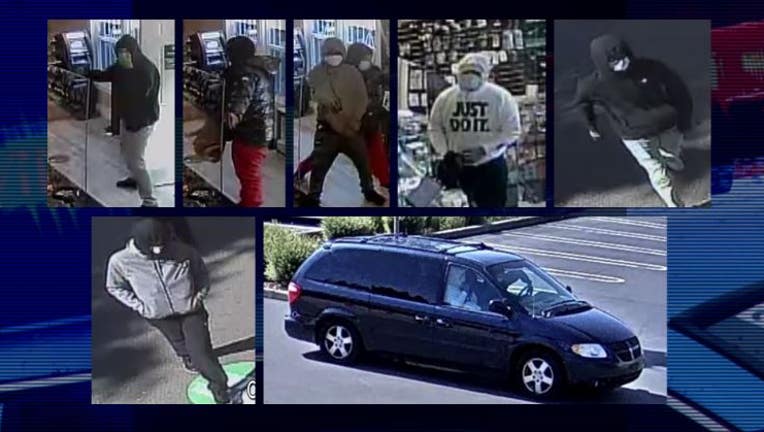 WANTED IN KIRKLAND - Surveillance video shows a customer about to walk into a Kirkland pot shop getting the shock of his life as he opens the front door -- seeing a six-pack of armed robbers in action.

They noticed him too and quickly ran out the door one-by-one, brushing right past the customer, who could only stand there and hope he didn’t get hurt.

Cameras inside the Kush marijuana dispensary on NE 90th St. on June 18th shows the terrifying, takeover-style heist that went on for more than two minutes, before that customer's arrival broke it up.

"Three of them entered, originally, displaying firearms as they came in. There was two employees. Forced them to the ground and immediately began jumping the counters and stealing cash and products from the shelves,” said Kirkland Police Det. Cpl. Cody Mann. About a minute later, video shows a fourth suspect enter the store and start stealing and about 10 seconds later, the fifth and sixth suspects come in and join the crew.

The customer's truck pulls-up about 40 seconds later and the suspect in the white Nike hoodie with ‘Just Do It’ on the front notices someone's coming, alerts his crew and they all scramble from behind the counters to take off.

Detectives say they all ran to a nearby parking lot where they had the dark blue, early to mid-2000's Dodge Caravan, pictured below, waiting to get away in. 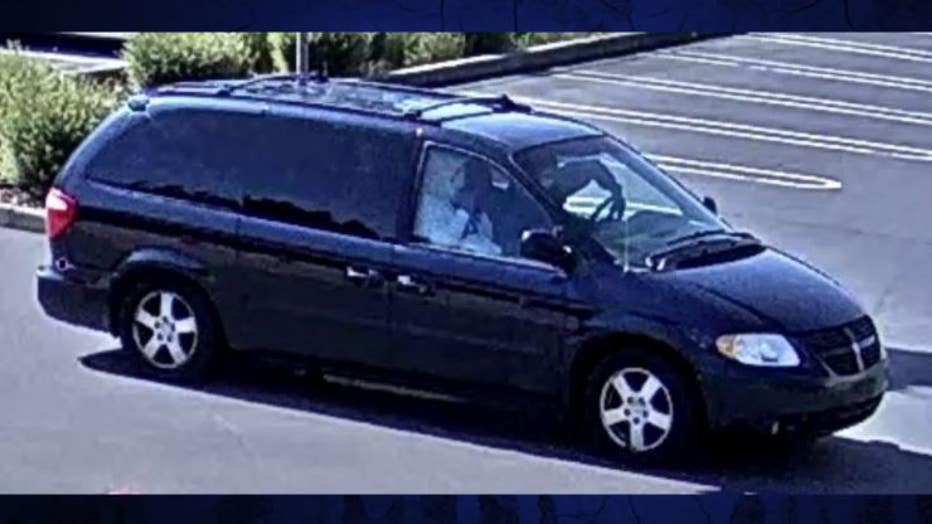 “It's very alarming. It was your textbook takedown-style robbery. They came in with force, pointing weapons at the employees. Luckily, nobody was injured. No shots were fired, but it's very alarming for us. It's very scary for the employees, for customers and we would love to apprehend these individuals and take them into custody,” said Det. Cpl. Mann.

If you know anything that can help detectives identify any of the suspects, use the P3 Tips app on your smart phone to submit the information and to upload any photos you may have. You can also call the hot line at 1-800-222-TIPS(8477). It is anonymous and a cash reward is yours if your tip helps lead to the identities of any of the six suspects.