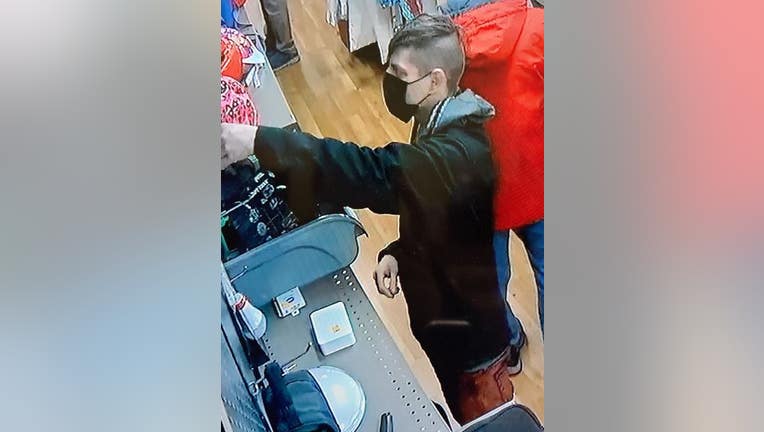 WANTED IN LYNNWOOD - Lynnwood Police are looking for Oleg Dopolyuk. He has a warrant for his arrest for theft.

Police reports say in addition to the scabs on his face, he also has scabs and red marks on his arms and neck.\ 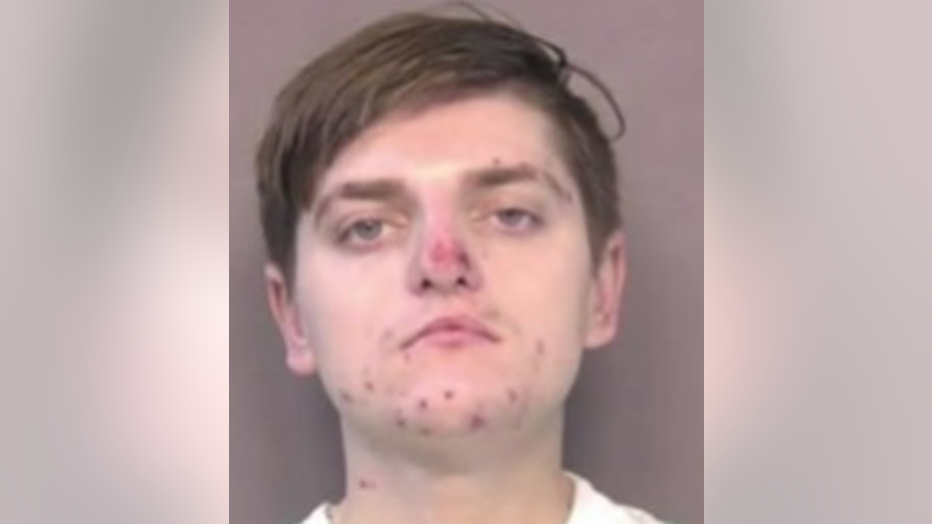 If you know where officers can find him, submit an anonymous tip Crime Stoppers through the P3 Tips App on your cell phone and you will be paida cash reward up to $1,000 when he is arrested.

The owners of a charity store in Lynnwood say the theft of a gold necklace on Monday was a big hit to their fundraising efforts.

100 percent of the profits from Bella’s Voice go to support animal rescues and sanctuaries.

The store is named after Bella, a rescued cat.

Surveillance video from the thrift store at the corner of 40th Ave. W. and 198th St. shows the suspect reach behind the counter, open the case and remove the gold cross worth $925. "To be honest, that's the most expensive item we have in our store, or had in our store, so it was a pretty big hit. We're supporting the Feral Cat project this month, so we were hoping that money would go to help spaying and neutering feral cats this month, so it was pretty hard," said Cami Ovena.

WANTED: Thief who stole from non-profit that helps rescue animals in need

Ovena says the suspect was in the store earlier in the day scoping it out.  He returned about 3 P.M. "The cashier walked away from the register for a minute and he ran back in, reached inside the case and stole the gold cross and left," said Ovena.

Animal rescues and sanctuaries have had a hard time fundraising during the pandemic, so donations from Bella’s Voice are crucial to their operations.

They are hoping somebody recognizes the suspect described as white, with his hair shaved around the sides and back, long on top and with a part hanging down to the right.

If you know his name, submit an anonymous tip to Crime Stoppers of Puget Sound for Lynnwood Police and reference case #21-4705. There is a cash reward of up to $1,000 offered for information leading to an arrest in the case.