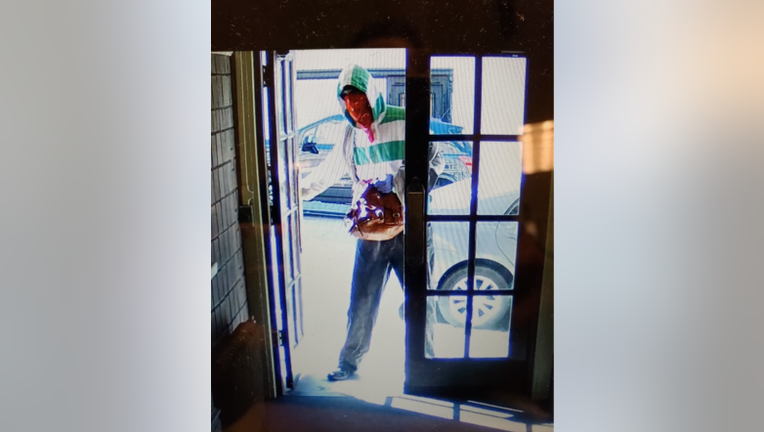 WANTED IN SEATTLE - This armed bank robber really stands out, because of his height. He could be as tall as 6’3" to 6’5".

Seattle Police say he fired a gun when he robbed a bank in the University District last year.

Detectives have run out of leads and are turning to you for help.

The suspect walked into the Bank of America on University Way NE back in late August, wearing a green and white-striped hoodie.

He pulled out a large silver revolver, pointed the gun at a bank employee and walked the employee behind the teller window where he demanded a large amount of money. "He says don’t give me any dye packs, don’t give me any tracing things, just give me the money. About 20 seconds later, he takes a revolver, fires a round into the ceiling to add emphasis to the fact that this is an armed robbery," said Ret. Det. Myrle Carner with Crime Stoppers of Puget Sound.

Afterwards, detectives say video shows him go into the lobby of a nearby apartment to change clothes. He immediately turned his back to the camera, but you can see that he is a tall, lanky looking guy with skinny arms and large feet. He had some kind of problem with his right leg. It was shaking, which could be due to an injury or medical condition. Witnesses said he walked with a stiff gait.