CASE UPDATE June 7, 2019 --
Bellevue Police believe the tally of burglaries the same two suspects are behind is up to eight now.

Detectives are following up on multiple leads and working hard to bring an end to their streak.

The video below shows the latest break-in that happened at the Little Store on West Lake Sammamish Parkway in early June. The bold burglar used a window punch or tool to shatter the front door glass and it's amazing he didn't get seriously cut coming through like he did. Such damage already, then he fills up his left arm with items from behind the counter -- where you can see he's wearing a Nike hat under his hoodie -- and uses his right arm to take the till and all the money in it. 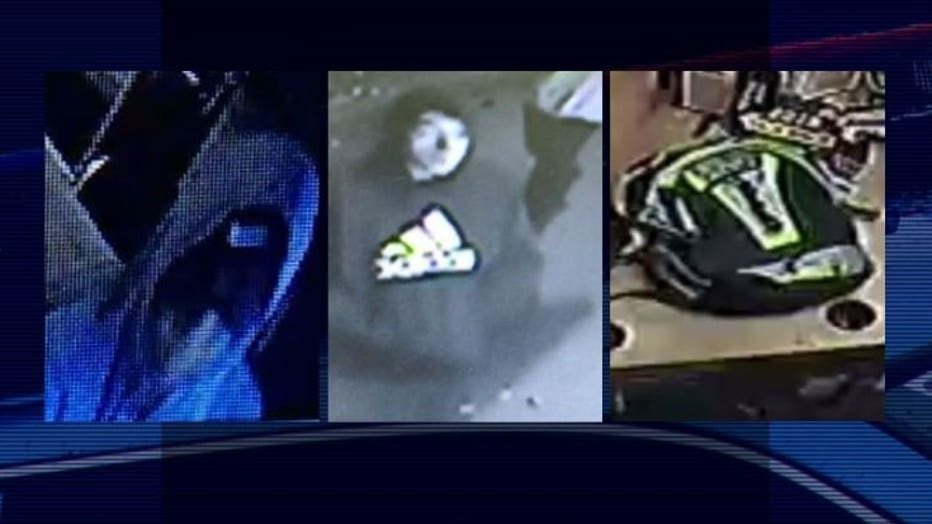 "So, in the last four weeks we have now had eight commercial burglaries. What happens is, at least, two suspects uses some sort of object, whether it's a crowbar, or a rock, a brick, something like that and they try to gain entry to these businesses. Most of the time, in at least five of them, they've been successful to smash open the doors. They go in very quickly. They grab some items off the shelves. They usually grab the cash register, or the till and they just haul off with it," said Bellevue Public Information Officer Meeghan Black.

Crime Stoppers of Puget Sound is offering a cash reward of up to $1,000 per suspect if you can help Bellevue Police identify or locate them. You will remain anonymous. Call 1-800-222-TIPS(8477), or use the P3 Tips App on your cell phone. You can also go to www.P3Tips.com to submit the information.

The video below shows the latest break-in last weekend at the Little Store on West Lake Sammamish Parkway.

FUGITIVES WANTED IN BELLEVUE May 24, 2019 --
Bellevue Police are asking for the public's help to identify two suspects who have targeted the same 76 gas station on Lakemont Blvd. SE three times in the past month by breaking out windows.

"Take a look at their stature, the way they move. Is there something familiar about that? Also, has anyone been talking about this, anyone bragging about grabbing some stuff and being successful and not getting caught, because most of the time criminals aren't that smart and they're going to talk, so we just know it's a matter of time, given the evidence that was left at the scene, the video surveillance and hopefully the help from your viewers, we'll be able to catch these guys," said Bellevue Public Information Officer Meeghan Black.

Both suspects are white, 20 to 30 years old and wore dark pants and white shoes. In the first break-in on April 28th, the suspect in a white hoodie with a bandana over his face threw a rock through the drive-thru coffee window. He was carrying a black, gray and yellow backpack and stole E-Cigs, Lottery tickets and rips the drawer out from the cash register. He handed it through the window to the second suspect who was wearing a black hoodie with the Adidas logo on it.

They returned on May 7th and cracked a window with a tool, but took off when the alarm blared. The third burglary was on May 10th, where they broke another window. The store has since installed a new, upgraded security and video system. "Right now, they have to replace three windows. They have to replace the stolen merchandise. They've had money taken from them and it is imperative to us that we get these guys behind bars so that this doesn't happen again," said Black.

Crime Stoppers of Puget Sound is offering a cash reward of up to $1,000 per suspect if you can help Bellevue Police identify or locate them. You will remain anonymous. Call 1-800-222-TIPS(8477), or use the P3 Tips App on your cell phone. You can also go to www.P3Tips.com to submit the information.