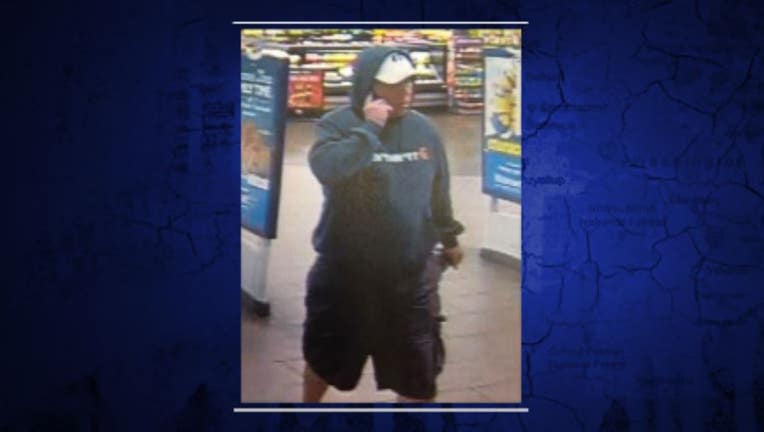 RENTON, Wash. -- Hall of Fame quarterback Warren Moon is a Seahawks analyst and also a car prowl victim. A thief broke into his SUV and stole a bag filled with important documents and family photos at the Seahawks headquarters in Renton on Oct. 21. “I was unfortunate and my car just happened to get picked out of all the other cars in the parking lot and I don’t know if it was because my car was better or if he knew that was my car, I’m really not sure,” said Moon. His bag was recovered, along with a gun, drugs and other stolen items, by Lakewood Police when they arrested Brandon Starks in Tacoma last week at a motel. Starks is being held in the Pierce County jail on $150,000 bail, charged with Unlawful Possession of a a Firearm and Unlawful Possession of a Controlled Substance With Intent To Deliver.

“When I asked about the property, he didn't admit to stealing it himself but said he`d gotten it from various boosters which is a common terminology for these people who are conducting the vehicle prowls,” said detective Ryan Larson, who credits the Lakewood Police Property PROACT Unit for processing the stolen goods belonging to dozens of victims. Larson returned the bag to Moon at the Seahawks' VMAC facility in Renton. “Here`s some of my pictures, family pictures,” he said as he looked to see if anything was missing. Moon is the latest victim of an epidemic of car prowls up and down Interstate 5. Lt. Terry Brown with South Pierce Fire and Rescue was at the movie with his son in Yelm when his truck was broken into. “Underneath here is a lockable safe that you can put your firearms in. I had my gun locked in there. The lock had been manipulated. The gun was gone,” said Brown. It was recovered two weeks ago by King County deputies when they arrested two men for drugs. Now, Yelm Police are trying to identify the suspect who used Brown’s credit card at a Walmart in Spanaway. “We don’t think he was somebody from our area. We believe that he’s probably been doing this a lot and doing it up and down the I-5 corridor and hitting cities from here to Seattle,” said Yelm detective Bill Devore. Crime Stoppers is offering a cash reward of up to $1,000 for information leading to the suspect’s arrest. “I just think criminals are becoming more and more sophisticated,” said Brown, who no longer leaves his handgun in his vehicle even though he has a safe. “It doesn’t matter who you are,” said Moon, who feels fortunate that he got his stolen bag returned. To show his gratitude, he presented Larson with a signed football. “I know they’ve been given a lot of bad publicity around the nation because of some bad apples but all in all, the police department does a great job all over this country protecting us and serving us,” said Moon. Take a good look at the surveillance photo from the Walmart in Spanaway of the gun-stealing car prowl suspect in Yelm. If you know his name, call an anonymous tip into: CRIME STOPPERS: 1-800-222-TIPS You must call the Crime Stoppers hotline with your tip to be eligible to receive a cash reward for information leading to a fugitive’s arrest. CLICK HERE for information on how to TEXT A TIP to Crime Stoppers