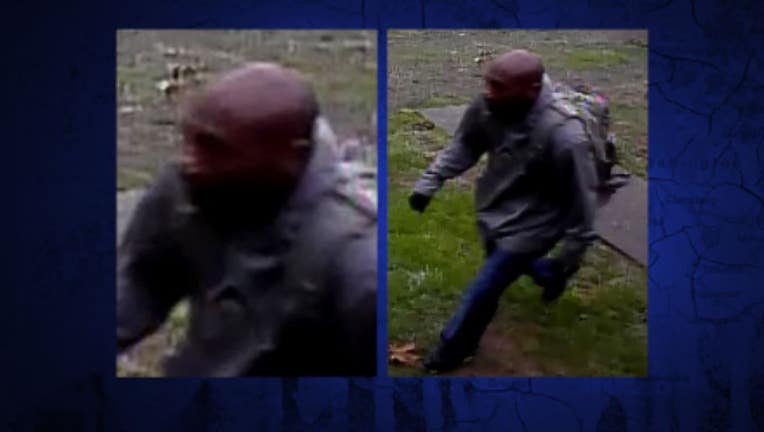 WANTED IN PIERCE COUNTY -- Pierce County detectives need your eyes on this burglary suspect who stole a gun from a home in Parkland. He was caught on camera walking through a front yard. Detectives say he removed several window screens from the home he targeted, kicked in the backdoor and stole several things inside including a 9mm handgun and ammo. "These type of people make their living doing this, he's probably doing a burglary every single day, so this is the evidence we need to stop a lot of burglaries in the future. Take him off the streets, we stop a lot of crime,” says Pierce County Det. Ed Troyer.

Detectives think he’s in his 30`s or 40`s He wore black gloves, black shoes, a gray hoodie and had on a backpack. If you recognize him, call an anonymous tip into: CRIME STOPPERS: 1-800-222-TIPS You must call the Crime Stoppers hotline with your tip to be eligible to receive a cash reward for information leading to a fugitive’s arrest. CLICK HERE for information on how to TEXT A TIP to Crime Stoppers