That's the score for a bold golf club crook who Tacoma detectives are hoping you can help identify.

"You actually see the suspect vehicle roll up. It's driven by a female. The second suspect, a male gets out,” describes Ret. Det. Myrle Carner with Crime Stoppers of Puget Sound. “He walks in, like he's talking on his cell phone and he's just kind of acting nonchalant and really what he's doing is, he's just saying to the clerk's, 'Don't bother me right  now. I'm gonna look around to see what I can steal.' And, that's exactly what he did. He grabbed three drivers immediately. He wasn't even in the store for 45 seconds and he was gone. We really want this guy, because we think he's a multiple offender." 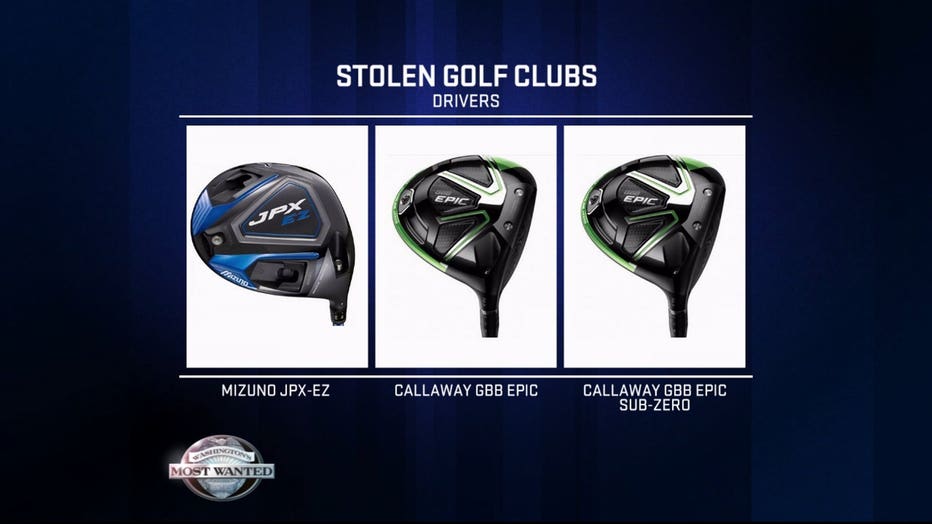 The photo above shows the three types of clubs he swiped:

The suspect’s getaway ride with the woman behind the wheel was a dark blue, 90's SUV, possibly a Honda CRV.

She seemed to have dark hair and was wearing pink.

If you know who he is, call Crime Stoppers anonymously at 1-800-222-TIPS, or use the P3 Tips App to submit your information.