CAPTURE UPDATE December 7, 2020 - Harper with Washington Fugitive Investigations tracked WMW fugitive, Gary Bowlin, through four states over the last six months.
He says multiple friends and family helped Bowlin hide.
He arrested him boarding a bus in California to flee to another state and brought him back to Pierce County on December 5th, where he was booked into jail on his numerous warrants. 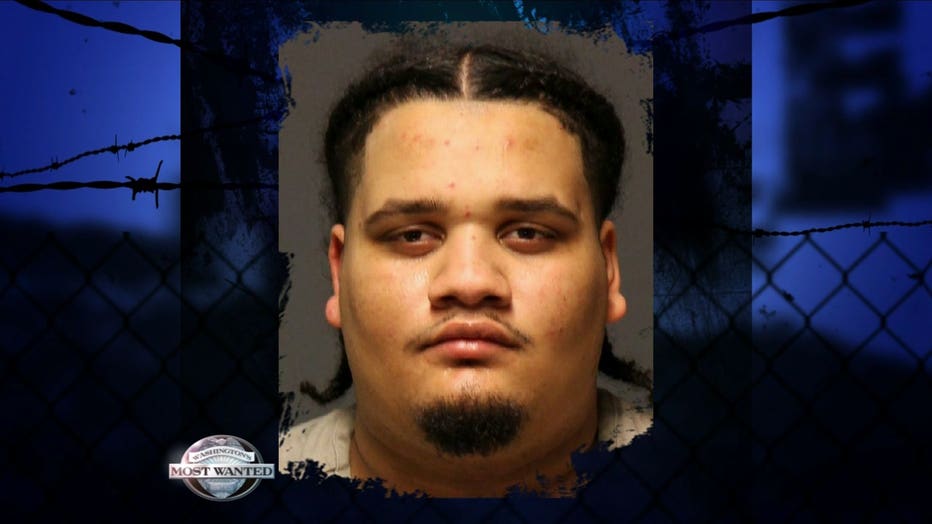 Detectives say Bowlin is a convicted felon and known gang member who hasn't been seen since he and two other men committed an armed home invasion robbery in January.

Detectives say the three suspects pointed guns at kids, stole cash, phones, jewelry and video game consoles and threatened the victims to, ‘keep it on the streets,’ meaning to keep quiet and not call any authorities.

"These types of crimes are extremely frightening, when somebody comes into your residence with multiple people, brandishing firearms, threatens you and then ransacks your house, takes your jewelry, your video game consoles, this is a legit residential robbery,” said Pierce County Sheriff’s Det. Ed Troyer. “Luckily, we were able to get the suspect identified and we are looking for him and he knows we're looking for him, so we're going to need the public's help to get him caught."

Bowlin was involved in a drive-by shooting in 2018 and convicted of Riot with a Deadly Weapon.

If you know where he's hiding, use the P3 Tips app on your smart phone to submit the information to Crime Stoppers of Tacoma-Pierce County, or call the hot line at 1-800-222-TIPS(8477). It's anonymous -- you never have to give your name -- and you'll get a cash reward of up to $1,000 if your tip leads to his arrest.