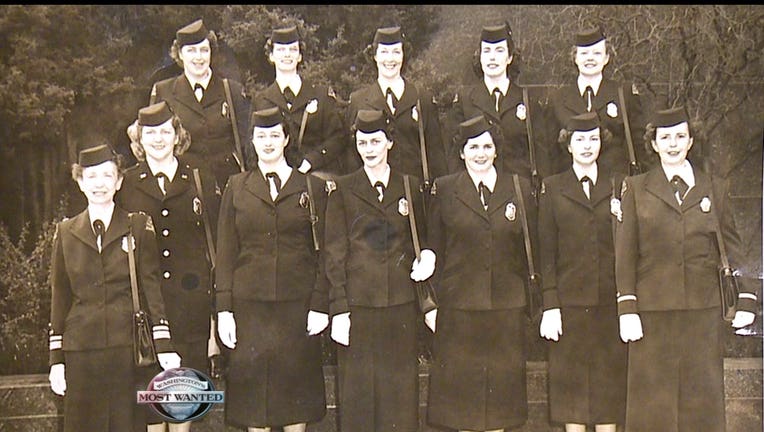 SEATTLE METROPOLITAN POLICE MUSEUM -- The Seattle Police Department is currently considering changing their uniforms and it won't be the first time, especially considering what the women used to be required to wear. Seattle Ofc. Jim Ritter with the Seattle Metropolitan Police Museum explains, "Even though women have been fully integrated into police departments since the 1970's, the first uniforms they were issued tell a different story. In the Seattle Police Department in 1918, Officer Sylvia Huntzinger was issued a uniform which she had to make herself. The male officers in that era work long frock coats. Sylvia also wore a long frock coat but it had to go well below her knees, almost to her ankles.

In the 1950's the Seattle Police department issued its police women uniforms for the first time in history. The police women were also issued purses that had secret compartments inside to hold the equipment the women were issued. In the 1970's Seattle police women protested wearing the uniforms. They described them as being uncomfortable, unsafe and impractical. The chief of police agreed and allowed them to wear the same uniforms as their male counterparts. Now, I'm sure most every female officer out there is thankful these 'fashion felonies' have been relegated to the past. If you have questions about law enforcement history, email Ofc. Ritter at smpmuseum@aol.com To find out more about the museum, go to seametropolicemuseum.org