WANTED IN SEATTLE -- Five suspects jumped a man as he walked out of a smoke shop at 3rd and Pike two weeks ago. They beat him so badly he had two broken eye sockets and a crushed nose. Seattle police have found video of two of the five suspects and they're hoping you can help identify the suspects. Investigators say a suspect in a plaid fur hat with ear flaps was seen on surveillance camera inside a 7-11 store right before the attack. He hung around the checkout counter for about five minutes -- talking with the clerk and buying some food before the second suspect came into the store wearing a gray jacket with a backpack. He kept popping in and out of the store over and over again both before and after the attack. The camera right over his head caught a snapshot. He has cornrows and diamond earrings. Investigators say these two guys are part of the pack that jumped Jeremiah Apana as he left a smoke shop almost two weeks ago. "As I was walking toward the door I could see one of the fellows pointing and all these guys gathering up by the door. I went out the door and the little fellow -- he attacked me, so I had him in a headlock," Apana said. "I tried to fight him off and I don't know what happened after that. I could see other guys coming in but that's all I remember, two other cats attacking me. Nobody deserves to be jumped on like that.  I'm glad I survived it and maybe someone else wouldn't have been able to take all of those punches and they could have been dead." 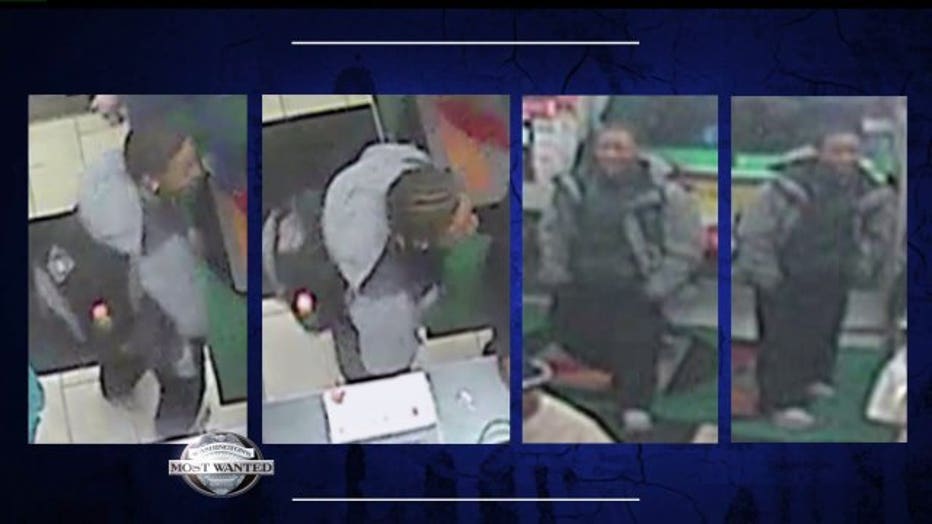 Five guys ganging up one victim -- people don't feel safe in downtown Seattle with violent people like these two hanging around, looking to beat and rob people. Seattle detectives need to know this guy's name, somebody will recognize him and remember that he wears that hat. If you can tell us a name and pass along any clues to their whereabouts, call an anonymous tip into: CRIME STOPPERS: 1-800-222-TIPS You must call the Crime Stoppers hotline with your tip to be eligible to receive a cash reward for information leading to a fugitive’s arrest. CLICK HERE for information on how to TEXT A TIP to Crime Stoppers 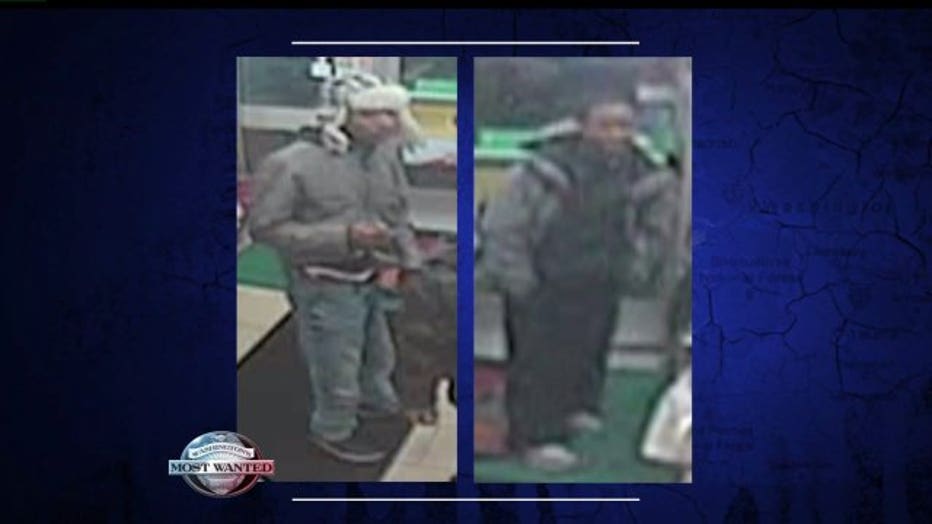