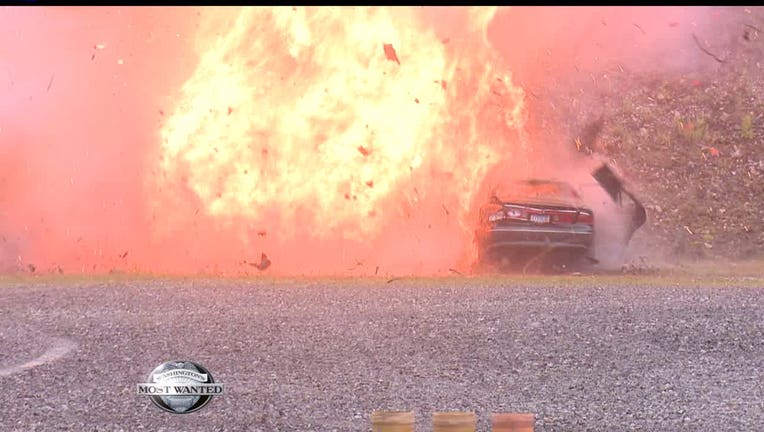 Whether it’s celebrating the New Year or Fourth of July, the ATF wants to make sure we enjoy the holidays without taking dangerous liberties. Cheryl Bishop is with the Alcohol, Tabaco, Firearms and Explosives agency and says, “I guarantee you year after year after year we either have injuries or fatalities from people either improperly using legal fireworks or people using illegal fireworks.” And every year the ATF joins forced with the state fire department to educate first responders, officers of the court and law enforcement on the explosive impact of certain fireworks. ATF special agent Brennan Phillips shows participants different explosives, how they function and where they came from.“This is basically a bucket full of ping pong ball bombs,” Phillipsexplained. They were bombs takes from a sex offender forcing young girls to help him make the explosive devices. There were nineteen other buckets full of them and when they were detonated, it shook the whole facility like no other explosive device demonstrated that day. But most of the issues they have is with people misusing the legal fireworks. Cody Ryalls lost his left hand last New Year’s Eve while at a buddy’s house. Ryalls recalls,“He pulled out a large sum of sparklers and it had one strand of tape around it. I was excited and said, ‘let’s finish that beast. Let’s get this thing done.” Cody was experienced in using and building fireworks and was even sober. But that didn’t stop his sparkler bomb from exploding two seconds after he lit it. “It blew my hand through a fence, made a hole in the fence of the ladies house next to us. It dropped me to the ground, ripped open my head, shrapnel holes in my legs, shrapnel in my eyes, it blew out both of my ear drums along with my hand as well,” Ryalls said. Special agent Phillips continued to move from explosive to explosive showing people what is currently on the market and on the streets in our area, explaining “This gets known as “the cricket”. The term became popular from Klebold and Harris out of Columbine, this is what they used and were fairly successful with.” He continued, “This would be the 4th of July display type fireworks that are regulated, but once again private citizens aren’t supposed to be buying them.” The day finished with two cars being blown up by fireworks seized from a vehicle in traffic carrying the same load. And if a picture is worth a thousand words, the ATF is hoping their message is being heard loud and clear. “If you’re going to use fireworks, use the legal fireworks, safe and sane,-do not improvise with those fireworks,” Bishop added.