When tragedy happens, it often makes the news. But beyond the headlines and behind the scenes are the people we rarely see. The detectives faced with the horrific task of unraveling the often gruesome details while trying to find out who could have done such unspeakable things. But these detectives are passionate about getting answers for the families of victims, no matter how long it takes. “Every victim has a family. Every family has a story of tragedy and loss that they’ve suffered, and those people deserve answers,” said Detective Gene Miller of the Tacoma Police Department. “There’s cases that stick with your mind that bother you, that they were a horrible thing that happened,” said Detective Jim Scharf of the Snohomish County Sheriff’s Office. 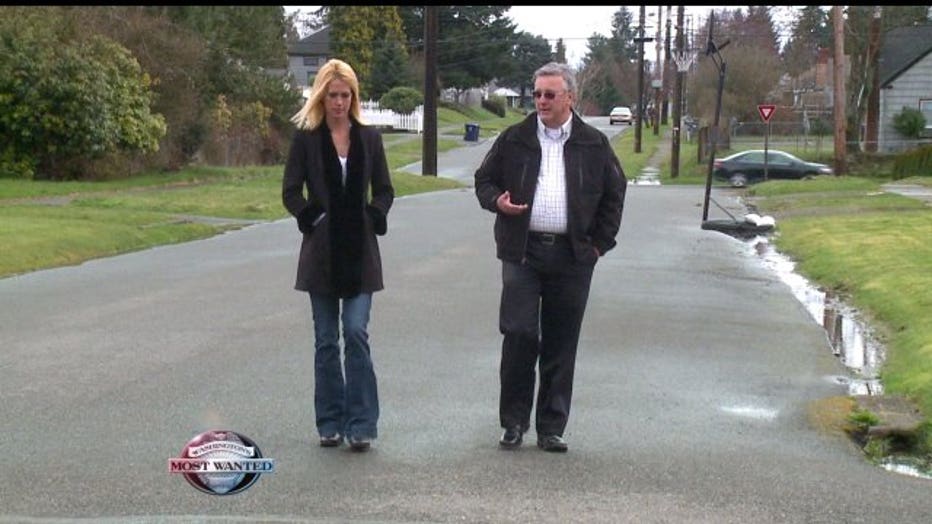 These two investigators have more than sixty years combined experience working on some of the most gruesome and disturbing cases. “One of the stories that you and I have spoken about in the past were the murders of Jennifer Bastian and Michella Welch," Miller said. "They occurred in March and August of ’86.” Jennifer was 13 and Michella was 12-years-old. Both were raped and murdered, then left in Public Parks in Tacoma. “A number of tips have come in as a result of the story that you were kind enough to do. There’s also been some scientific work that’s been done both at our state lab and at the FBI mitochondrial d-n-a lab that’s allowing us to shed additional light on some of the elements of the cases.” Miller said. Even though these cases are almost thirty years old, detective Miller is still actively looking for their killer. It’s one of the cases that inspired him to create the cold case unit in 2006. He has already solved 19 cases in just three years. “I’m passionate about cases. I’m passionate about victims,” Miller said. Snohomish County also has a cold case unit headed by Detective Scharf. “The cases that we have are people. They’re not forgotten ,” Scharf said. Washington's Most Wanted featured some of  those cases including the story of Jody Loomis who was murdered in 1972. She was last seen riding her bike on the way to a horse stable in Snohomish County. “Since we talked about that case on your show, we did do some more follow-up. We had information in the file about a gang of motorcycles, bikers that could possibly had been involved in it,” said Scharf. Scharf and his partner Joe Dunn took two out-of-state trips, and in the end concluded the bikers were not involved in Loomis’ murder. That dedication is a common theme among detectives who say more tools would help. For example, Detective Miller wants a new law passed that would allow DNA samples to be taken from anyone ever convicted of a violent crime. “One of the things we can do to address some of these unsolved cases is to require persons who meet those standards: felony convictions, violent crimes that type of thing, require them to submit their DNA. From a historical standpoint, it can have a huge impact,” Miller said. An impact he hopes local lawmakers will help make. In the meantime, these detectives will never give up on getting answers for the families of victims, no matter how many years pass. “I've always said that there’s a lot of luck that comes with police work. And if you push hard enough and you’re diligent enough, the luck will come your way,” Scharf said.