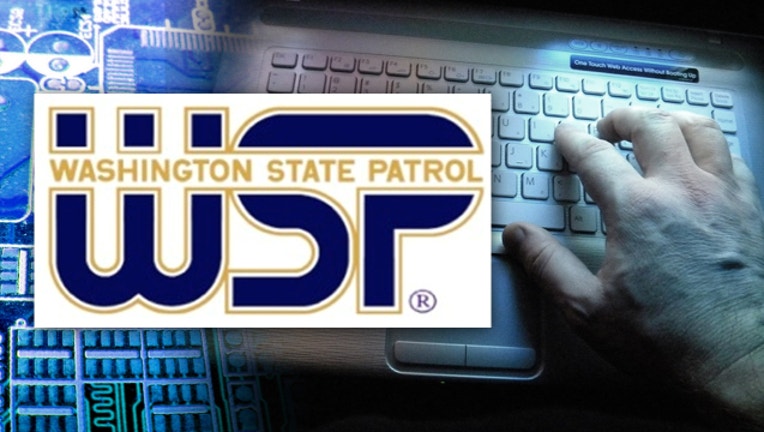 The internet has expanded access to education, ideas and entertainment. But, it has a dark side, and the awful truth is the sharing of child porn online has become a global epidemic. There are a lot of crime fighting unit's dedicated to stamping it out. The Washington State Patrol has one of these teams, and Washington's Most Wanted's Parella Lewis saw firsthand how they're taking the fight to online child porn perps. In a video released by the National Association to Protect Children, the following stats are seen. “The magnitude of this problem, our lowest estimate is that there are over 350,000 individuals trading these images depicting rape and sexual abuse of children in the U.S. alone. In at least 1 out of every 3 arrest for child porn possession, police find child victims.” A 2011 study revealed that the child pornography problem in Washington State is among the worst in the nation. No one knows that better than an undercover officer we’re calling “Curtis” with the Missing and Exploited Children’s Task Force. He says, “They estimated  it was somewhere in the area of 45,000 prosecutable cases within the state of Washington within the first 6 months of that year for child porn.” This four officer unit spends their days online, tracking these criminals. And one of their newsest weapons is a sophisticated piece of software that’s basically digital image D-N-A. Michael Brearty is another detective with the task force and explains “When these illegal depictions , known as child pornography, are sent across the internet the sender, once he or she presses send, it assigns a SHA value.” SHA stands for secure Hash Algorithm. It’s basically  a fingerprint for a specific photo. “As soon as you press “send” it assigns that number automatically and that number stays with that photograph forever,” Brearty said. Investigators are able to tag and follow pictures across the web. And because many child predators consider themselves “collectors”,  these images get passed around from offender to offender. “They want to collect these images and they covet these collections very closely. “That’s almost an aid to us in an investigation because they can’t stop,” “Curtis” explained. “Investigators that work internet crimes against children get a bigger bang for your buck by using this software because number one you get people  who are possessing, manufacturing, distributing child porn. And this captures their IP address to and from- if they’re sending it to or gaining it from someone,” Brearty said. But even with all the technology this unit has at their fingertips, it is overwhelmed by the size of  the problem. Last year, they were able to prosecute only 49 cases out of the thousands that are out there. “You kind of have to whack away at the bigger suppliers , the ones that are wanting to share more and you just work your way down the list,” Brearty explains. But for every offender they catch, that could mean that a child won’t be victimized any longer. And that is what this task for is all about. “Curtis” says, “It’s very gratifying, and I don’t know that there’s any job in law enforcement that’s more satisfying. None.” CLICK HERE for more information on the task force, and how you can help it grow by donating.