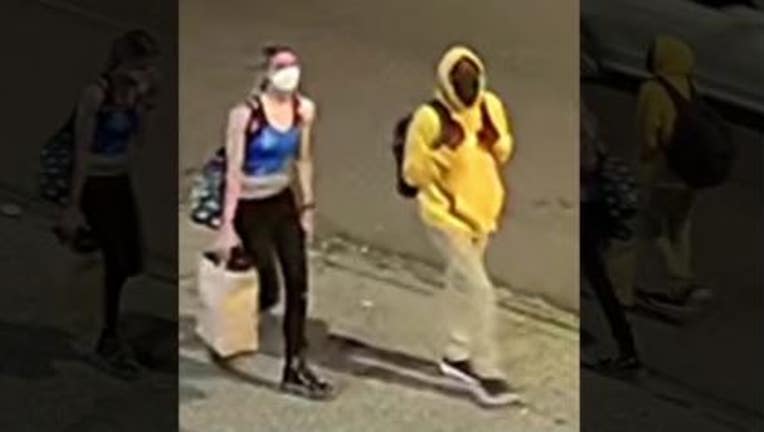 WANTED BY THE FBI IN SEATTLE - The FBI is offering a reward of up to $20,000 to anyone who can help identify two arson suspects who tried to burn down the Seattle Police Officers Guild during the protests last summer.

Take a look at the surveillance photos above from August.

Investigators say the two suspects were seen scouting the area around the guild's office in the SODO neighborhood.

They are hoping you can identify the woman with purple hair, or the other person with her in the bright orange hoodie.

Investigators say they changed into black clothing, returned and then tossed Molotov cocktails at the building. The security cameras show the first firebomb curving through the air with a second one right behind it, then an explosion followed by flames that quickly spread.

Fortunately, two patrol officers arrived and one of them used a fire extinguisher to put out the flames.

The FBI says these two suspects are wanted for arson and possession of a destructive device.

If you can identify them, submit an anonymous tip to Crime Stoppers of Puget Sound through the P3 Tips app, or contact the FBI office in Seattle at (206) 622-0460, or www.tips.fbi.gov